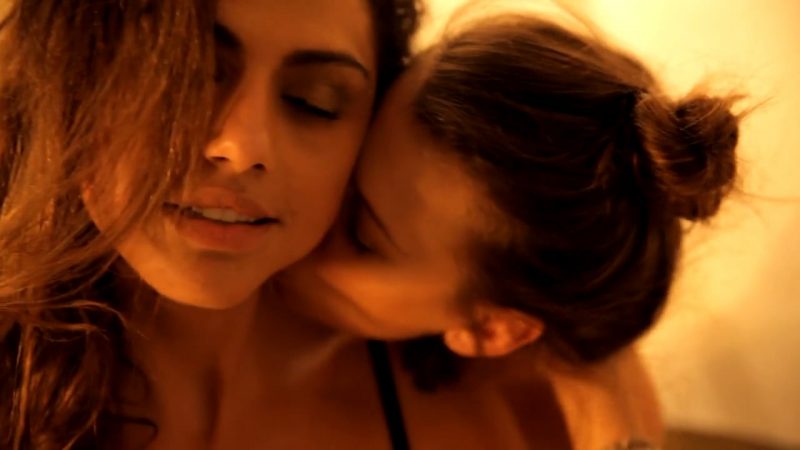 I am here to report, with that mixture of agony and delight so deftly inflicted by its actors, that Red, the Brazilian webseries concerning two lady lovers whose chemistry burns hotter than a thousand suns, is finally back for season three.

If you haven’t seen the first two seasons, I can’t urge you strongly enough to watch them in a private place where no one will judge you for swooning, crying, and screaming at your laptop screen.  For everyone else: a brief recap.

Season one of Red introduced us to Mel and Liz, two actors cast as lovers in a film, who find their chemistry spilling forth from fiction into reality. Mel is a put-together bisexual married to a man, while Liz is a lady-killer lesbian attempting to overcome a history of drug addiction and self-sabotage. In playing characters who are essentially versions of each other, they come to a strange understanding of themselves, and finally acknowledge their irresistible attraction.

In season two, the film is over but the drama continues as Mel tries to save her foundering marriage, and Liz finds herself backsliding into old habits. The two try to make a go of it as a couple, but the season ends on a cliffhanger as Mel discovers she is pregnant and Liz finds herself once more in the throes of addiction.

Since the season two finale, Red has teased us with Shades of Red, a series of shorts branching off the main storyline which offer the kind of lovely details fans usually have to make up themselves. Like: what were the exact looks on Mel and Liz’s faces when they first met? What do they talk about over coffee? What specific colors does each think the other one would be? 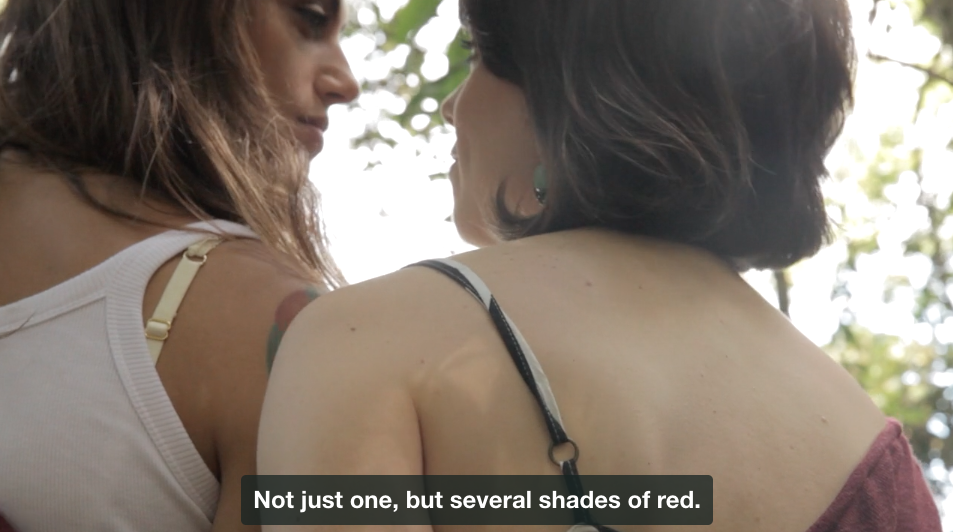 AND HERE I THOUGHT YOU WERE GONNA SAY PURPLE.

But the real story picks back up with season three, though it is by necessity a much different animal, now that Mel and Liz are chasing not just desire but stability.

Without giving up too many spoilers, I can say that Mel and Liz are still faced with the same problems they had at the end of last season, which are given a surprisingly thorough excavation in the short, ten minute episodes. For those of you worrying, they  also make plenty of time for canoodling, which has lost none of its steamy urgency for no longer being an illicit secret. 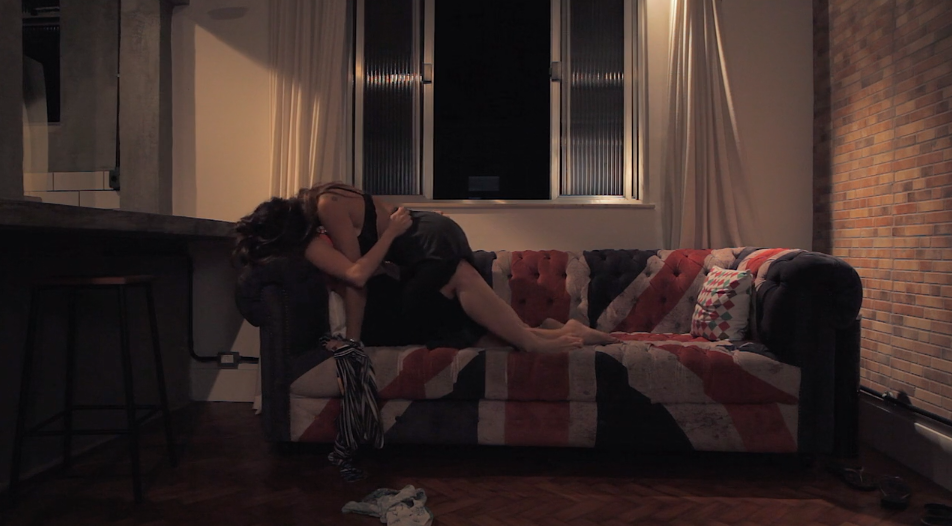 Henrique, Mel’s husband, desperately wants her back, and the revelation of her pregnancy adds some understandable difficulty to her decision to abandon her reliable husband for her troubled girlfriend. I worried that the loss of the filmmaking conceit would rob the series of one of its most interesting narrative tools, but Liz and Mel still revert to their old characters in dream sequences, where their issues are often intriguingly inverted.

The naturalistic writing, intimate camera work, and cunning use of soundtrack are all still here, but this season travels a very different emotional landscape than its predecessors. We’re no longer dealing with the delicious agony of two characters who want each other, but the much deeper pain of trying to keep each other, despite some seemingly insurmountable obstacles. (Like all relationships that begin with cheating, this one struggles to ever establish trust.) Yet Red is more than equal to the task of making heartbreak every bit as compelling as lust, and stars Ana Paula Lima and Luciana Bollina draw not only on their unparalleled chemistry as a couple, but their skill as solo performers at conveying the frequently exhausting work of love.

Red will be released on Vimeo on a week-by-week basis, but for a few dollars, you can access the entire season at once, thus saving yourself much anxiety, and supporting creators who have blessedly expanded the possibilities of the queer webseries.

(ALSO, UNRELATED: OUR MEMBERSHIP/COMMENTING SYSTEM SHOULD BE UP BY TOMORROW, SO PLEASE GET READY TO TELL ME ALL YOUR FEEEEELINGS.)