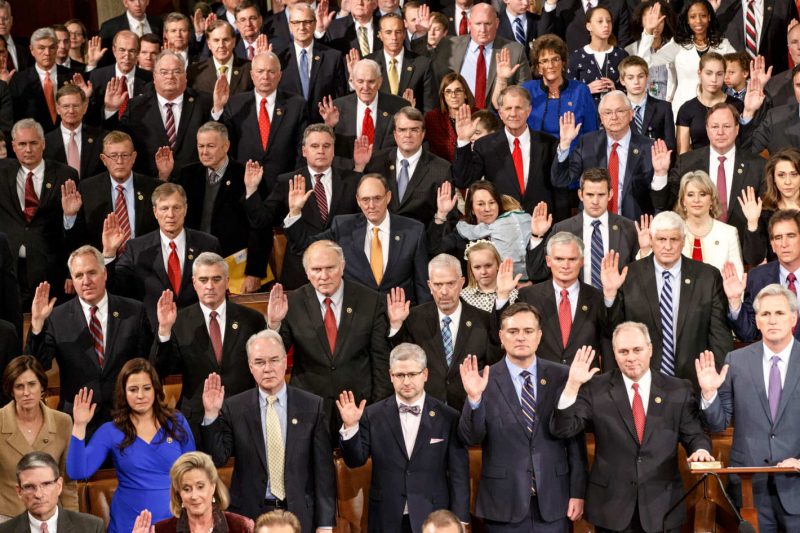 Well, here we are, you spineless, valueless, pandering eelfuckers. You were too chickenshit to spike Trump during the primaries because you were terrified of losing the fake “heartland” base you’re so contemptuous of. Because maybe – MAYBE – you’d lose a Presidential election while still probably hanging on to your appallingly gerrymandered House and Senate. You would have had four more years of rampant obstructionism and lying directly through Fox News, leaving you essentially where you were before.

But you wouldn’t risk that for little things like the dignity and integrity of running a qualified candidate. Instead you caved, spines collapsing like stacks of acid-soaked Life Savers, and lined up to slug-swirl your lips all over Trump’s eensy ring. Trump: A man-baby you loathe and who hates you right the fuck back, but hey, why stick to any kind of a guiding principle beyond “win at all costs” and “screw over the non-rich”?

You let Trump rise to power and keep calling himself a Republican, knowing that he was at least unstable and probably a piñata full of international Defcon incidents. You wouldn’t even stand up for the basic principles that a candidate for the highest office in the land shouldn’t be so filthy (or incompetent, or both) that he can’t release his taxes and should not be a serial sex offender.

Instead you put on your fake, rigid smiles and your golf claps and you let him insult you and the Presidency as he zoomed right past you.

So you set any residual shreds of basic human values on fire and took the Presidency – though not legitimately, as you know – and in doing so you let in, under YOUR GODDAMNED NAME, an actual banana republic–style fascist dictator with no knowledge of our Constitution or interest in how it works. And you gave him control of the entire freaking country and all its nukes.

And let’s not forget Steve Bannon, Trump’s local controller. The white supremacist and anti-Semitic asshole who steers the President-in-name by his ears and has admitted that he wants raw power and to watch our government burn. You know as well as anyone else that a member of the “alt-right” is just a Nazi dirtsack who doesn’t have the balls to call himself a Nazi, but you’re still giving that radiation-sickness skinned fuckstick a pass. Why? Because you believe the force and dynamism of Reince frigging Priebus is going to keep that low-rent Sith lord wannabe in check?

And then, of course, there’s Trump’s foreign handler, the one who has Trump by his scraggly, combed-over nether hairs. Are you feeling good about that? Feeling pretty neato about letting Putin’s rackingly insecure, toadying foot-wipe into the White House? Are you really so excited about the chance to strip-mine national parks and allow financial companies to openly swindle people that you’re willing to hand the nation over to a man that a hostile foreign power is using as a spit-rag?

It’s one thing for Trump to fawn over Putin, do whatever he says, and refuse to even fault him for the political murders he’s engineered, but are you, Congressional Republicans, really going to just go along with it? Is the extent of your opposition to Trump maligning the United States going to be Mitch McConnell’s “I would not have characterized it that way?” Way to be firebrands in defense of your country, cockbags.

You used to pretend that you were the party of patriotism. Well, patriotism, AngryJesus, guns, and obscene wealth, but always patriotism. As of this election, thanks to your oozing into lockstep behind Trump and Pence, you’re officially the party of open bigotry, homophobia, and sexual assault. Good luck scraping off that stench within the next sixty years.

To be fair, it was clear that your party hit full moral bankruptcy and lost any interest in good government a long time ago. You greeted Barack Obama’s election with a conclave at which you agreed to oppose everything he did – even if it was good for the nation. It was more important to stop him from getting a win than to put a Republican health plan in place. Hell, you’re still promising to destroy it. You let a Supreme Court seat stagnate for a year because winning – winning via refusing to do your sworn duties, winning via being utter, knowing scumsacks – was more important to you than the proper working of the government you fought to be a part of and promised to protect.

You convened a midnight meeting on a holiday to remove your independent ethics office. (Until you got caught. And then you scrambled backwards and tried to pretend it never happened. You don’t even have the courage of your lack of convictions.) And, since those mean old judges have been blocking the gerrymandering and the viciously racist voter suppression, the Republican House just voted to dissolve the federal agency that tries to prevent thrown elections. Don’t you at least want to give Putin an amusing challenge?

We get it. Any party that runs on the idea that government is just a useless boondoggle is going to start believing it eventually. And then start using that government for nothing but shoveling perks and money to your dirtfuck friends.

But the part where you seem to be willing to take down your own country is astonishing. Don’t you even have a mote of affection for it left?

You have the same opposition research that Hillary had, with Jove knows how much more in dossiers. You know that what Putin has on Trump and what he pulled during our elections – during YOUR COUNTRY’S elections – is horrifying and damning. It has to be damning, because you’re keeping it locked in the House and Senate Intelligence Committees so the public won’t know how egregiously the will of the people was thwarted. You know that a fundamental part of our national values just got perverted, by a hostile power, but you’re still throwing yourselves on a grenade to protect that ill-gotten win rather instead of your country.

Really? For that Day-Glo id monster who you know would push you in front of a cement truck if it meant he’d get an extra three seconds of applause? You’re not even covering up for one of your own! You know Trump’s not even a real Republican, yet you’re still working your truffle-inflated asses off to shield his under-the-blankets knob-fondling with a dictator who hates us.

Yes, I know: We’ve all heard your hubris-filled leaks: You think you’re going to use Screamo the Clown to get what you want – which, to recap, is gutting finance and election rules, selling off national parks, and taking health coverage away from children – and then impeach him. Right? That’s your big plan? To outsmart him? How exactly do you get past the fact that Trump and his flying shitmonkeys have spanked you idiots at every turn?

Look at your non-tangerine party leadership. Has either Ryan or McConnell ever displayed enough of a sack to suggest that he’ll risk pissing off Trump’s herd of racist doomsday preppers by going through with an impeachment? You’re going to be sitting around doing the backstab version of a circle jerk while Trump executive orders his way into a dictatorship at the pleasure of Vladimir Putin.

Trump is not going to be satisfied with taking everything from the brown people and the poor people and the Muslim people and the women and the LGBTs and the Jewish people. He’s coming for your legislative powers next, you fucking plateheads. Are you really going to let him do it so you can let a few more kids die from treatable cancer and chalk up a win?

We know: You didn’t get into government to help anybody. You got into it to pillage the country, shovel money up to your pals in the top 1%, and retire into cushy lobbying jobs.

But don’t you think there should at least be a country left to pillage?

Don’t you think you could find enough remains of those vestigial notochords you used to have in your backs to defend your own deregulated gravy train?

The rest of the country can thank you, the current GOP, for one and only one thing: If we still have a republic in 2018, you’ve gone ahead and written every last one of the progressives’ campaign commercials for them.

But first time since the Civil War, it’s starting to look like we really might not get to keep this representative democracy that has fed you so well.