CAUTION: MAJOR SPOILERS ABOUT SEASON TWO OF GLOW TO FOLLOW.

In the year 2018, TV is proving to be one of our most valuable weapons for warding off despair, and Netflix’s GLOW might just be the highest-caliber gun in our collective arsenal. It’s got a a diverse ensemble of women, jokes galore, heart aplenty, montages in abundance, and as of season two it boasts the most important asset any show can have: a healthy dose of queerness.

GLOW’s first season was a delightful romp, but like a lot of comedies (Parks and Recreation and 30 Rock, to name two) this one really finds its footing in its sophomore go-round. The comedic highs and dramatic lows are each more extreme, and the writers have the chance to address the two biggest criticisms viewers had of season one. First, they slowly but surely soften Marc Maron’s irascible director, Sam Sylvia, so that his charm can occasionally shine through his nicotine-crusted misanthropy. But more importantly, they concede that it was ridiculous to have conceived of a female wrestling league with no lesbians in it, and set about righting that wrong at once, with the addition of Yolanda Rivas (Shakira Barrera, whom you doubtlessly remember as Vashti Nadira, the hard-nosed school reporter, from Faking It).

The other wrestlers and we the audience are initially somewhat hostile to Yolanda (or Yo-Yo, as she is sometimes called), since Sam hires her to replace Cherry Bang, and even gives her Cherry’s Junk Chain character. This not only feels like a betrayal of a character we all love, but sends the worrying message that any of the women can be replaced. Sam informs the women that he met Yolanda when she gave him a lap dance at a strip club, which is also a source of concern, since Sam has a history of making production decisions with his boner. However, in no time, Yolanda proves that all these worries are misplaced, since, as she nonchalantly informs Ruth, she has no interest in Sam, because all her interest has been spoken for by the Women of Earth.

OH MY GOD ME TOO, WE SHOULD HANG OUT.

Yolanda also turns out to be a stunning breakdancer, and all Shakira Barrera’s dancing scenes are really something special, as she takes a Gene Kelly-like joy in her own body, so much so that it’s impossible not to grin along with her.

Yo-Yo’s sexuality is pretty much a non-issue for the other wrestlers, which felt a little surprising given the time period, although I suppose we can give them credit for being open-minded since they do work with a woman who identifies as a wolf. But then, in the season’s most glorious surprise, one of the other women finds that her interest in Yo-Yo goes far beyond mere professional admiration.

Arthie (Sunita Mani) first connects with Yolanda for a ballroom-dancing backstory for her character, and while we sadly miss their rehearsals, by the time we see them dance together, they are flushed with a passion that feels entirely real. 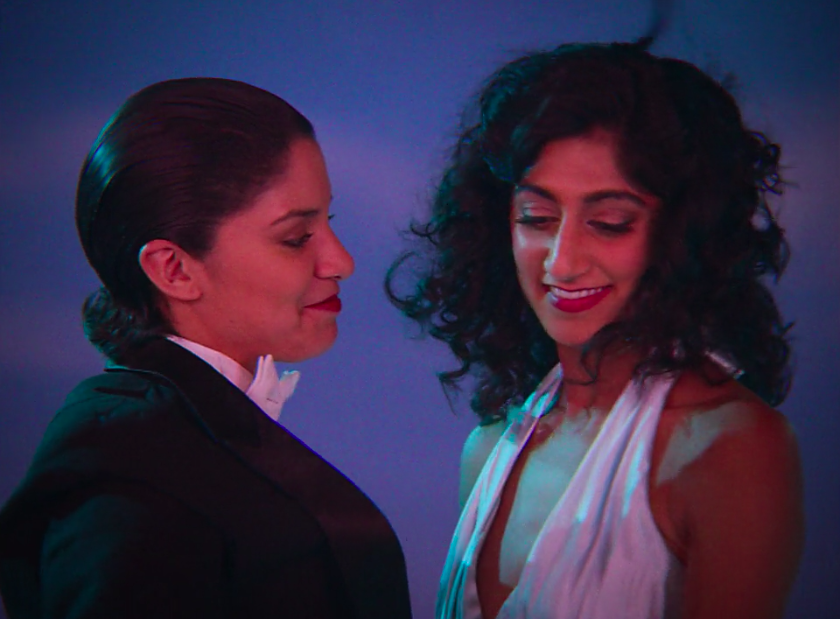 As the season progresses, Arthie fearlessly follows her heart, even as it leads her into uncharted waters, such as the strip club where Yolanda gives her a dance that makes me rethink my whole aversion to strip clubs. 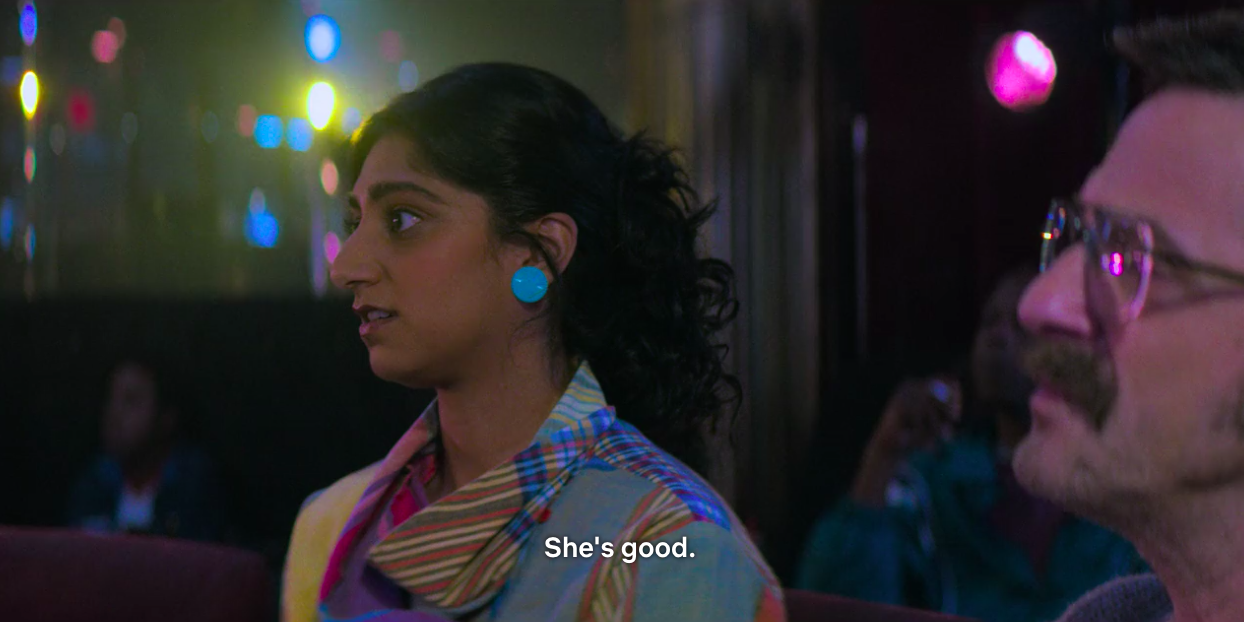 And in the last match of the season, Arthie throws caution to the wind and kisses Yolanda right in the middle of a Battle Royale.

In terms of screentime, Arthie and Yolanda’s relationship is barely a footnote, and it might have felt like a hollow concession to queer fans were it not for the total commitment of these actors, who gaze at each other with the unmistakable, breathless wonder of two people who cannot believe they’ve found each other. They imbue every scene with so much heart, that it saves the storyline from being a mere crumb; it’s more like a perfectly ripe raspberry: one bite of sheer bliss.

I HOPE YOU STAY TOGETHER FOREVER, BUT BE ADVISED THAT THIS PARTICULAR PHASE LASTS ABOUT THREE MONTHS.

I badly want more of this story in season three, but perhaps the greatest compliment I can bestow on this season is that I want more of everyone’s story. GLOW is one of those great half-hour comedies that could easily fill up full-hour episodes, especially since we’ve barely scratched the surface of some of its most compelling characters and themes (the only story I am beginning to tire of is The Many Bad Choices of Debbie Egan). This time around, both Arthie and Tammé explore their own discomfort with the racial stereotypes they are forced to portray, but there’s plenty more material there to be mined. And Arthie’s brave trek into queerness stands in marked contrast to the season’s other gay storyline, in which Bash’s personal revelation is marred by tragedy, fear, and shame.

I LOVE YOU, YOU PRECIOUS GAY LABRADOR.

I hope season three is twice as long and three times as gay, and man, I hope we don’t have to wait a year for it, because GLOW makes me feel strong and scrappy and hopeful, at a time when we all need some encouragement to stay in the ring.