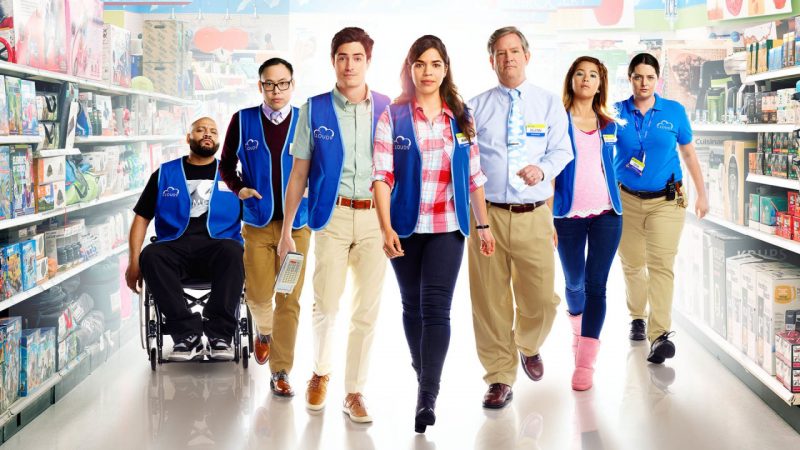 At this point, “Donald Trump is good for comedy” is a sentiment so tired it has inspired its own backlash, and rightly so. Being asked to be happy for the triumphant return of SNL feels a little like someone commenting on the lovely weather as they lead you to the firing squad.

And yet, on a personal level, I have found it to be somewhat true, at least in the sense that I find myself needing comedy more than I ever have before. And so I am so glad that I have finally let Superstore, the NBC sitcom about the employees of a Wal-Mart-like chain, into my life.

Superstore is the perfect sitcom for the Trump era because it was already living there, fighting off despair, before the election. The employees of Cloud 9 are poor, and living on the bottom rung of the workforce has stripped them of any illusions they may have treasured about the “American Dream.” They’re constantly at the mercy of their clueless customers and the soulless corporation trying to manage them to death (who the show’s villain is, customers or corporation, varies with the episode). They hoard sale items they can’t afford, harbor heartbreakingly modest dreams of fixing up the break room, and are united in their shared loathing of the store’s pharmacist, as the richest employee around. In one recent episode, the white male character who clearly thinks he got dealt this hand by mistake learns that he has lost his deferred admission to business school, and is stuck, like everyone else, in a life at minimum wage. America Ferrera’s character consoles him, saying: “Welcome to the no options club. I’m in it. So is most of America.” 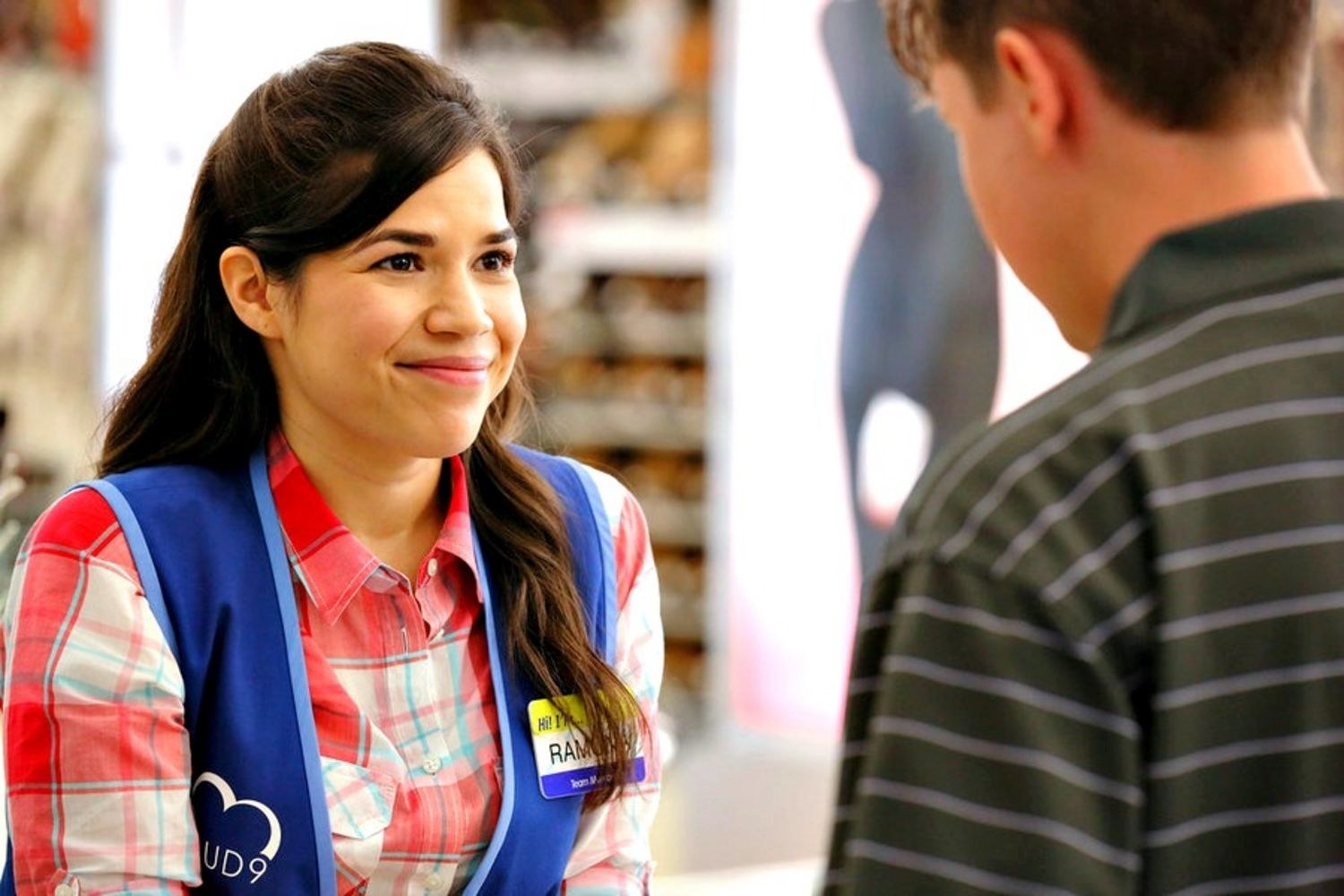 These characters are trapped (a sense of claustrophobia increased by the fact that the show almost never leaves the store itself) but they handle it with more grace and good humor than the denizens of plenty of other workplace comedies (I’m thinking specifically of the ungrateful whiners on The Office, wallowing in their comfy chairs and health insurance). Superstore‘s defeated yet whimsical sense of humor makes it a fluoresecent-lit, peculiarly American Waiting For Godot (which people always forget is actually a hilarious comedy).
The I’ve described in the above paragraphs might sound as bleak and depressing as an actual Wal-Mart, but in the hands of its cast, it comes alive with heart, intelligence, and hilarity. (Disclaimer: I’ve heard the first season is a little on the bleak side, but I started on season two and so can you.) Superstore boasts the best ensemble cast since Parks and Recreation, but with a level of diversity that Parks and Rec, an otherwise sterling comedy, never achieved. America Ferrera anchors the cast as Amy, and finally gets to let out every eye roll she held in while playing the implacably sunny lead in Ugly Betty. Colton Dunn is a master of the sardonic punchline as the wheelchair-bound but never pitiable Garrett. Nico Santos discovers a previously untapped gay archetype in Mateo, whose sexuality is a glorious nonissue. Lauren Ash and Mark McKinney are the store’s true believers, even though their management styles are as different as a drill sergeant and a kindergarten teacher.
And far from being a paean to the faceless, valueless homogeneity of Amercia’s giant chains, Superstore makes them a laboratory for debates on abortion, harassment, class, and workers’ rights.
Superstore is a comedy that will feel familiar to everyone fighting off despair in these dark days. It’s about working past the point of exhaustion. It’s about constantly being underestimated and underpaid but committing small acts of rebellion and vengeance when you can (one of my favorite details is the way Amy never wears a nametag with her real name, refusing to give customers that piece of her true self). It’s about being stuck in a shitty job because you got sick or preganant or a bad education, and finally accepting that most of this country is in the same boat. It’s the one comedy I watch that doesn’t feel like an attempt to escape from our current moment, but an attempt to live in it with some dignity and some really good jokes.
Anyway, you should watch it.