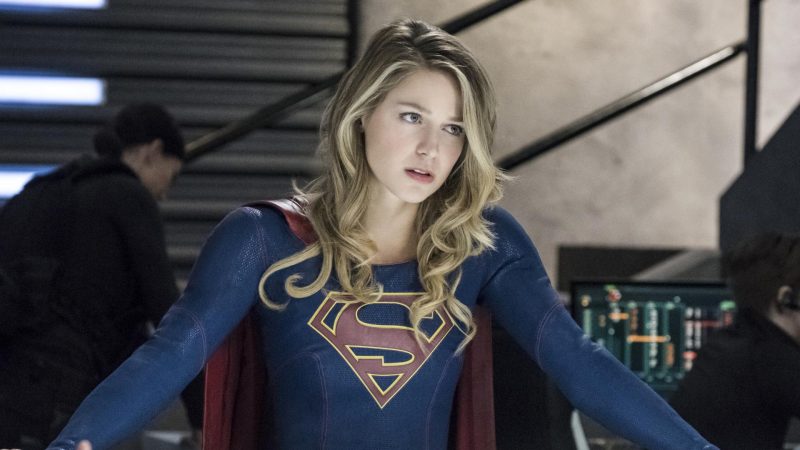 So you want to stop watching a television show. (Maybe that show rhymes with “Poopergirl” and maybe it doesn’t.)

“Just stop watching it,” some people might say, but those people are not the target audience for this website.

Those of us who do know what love is, know that committing to a show is a lot like being in a relationship. You give it your time, your laughter and tears, and probably some sexual feelings too. You stick with it from the first blush of infatuation through its inevitable missteps and disappointments, because loving a person or a show means choosing to see it in its best light whenever possible. But, much like a relationship, you must also prioritize your own happiness and sanity, and when you’ve reached the point when your show no longer brings you joy, when you contemplate its approach with dread, when, perhaps most importantly, it loses your trust, then the time has come to part ways, and seek out one of the roughly three billion other shows currently being made.

As someone who has broken up with a lot of shows (and people), I consider myself something of an expert. My breakups have run the gamut from amicable partings-of-the-way, to ruptures that left my heart looking like the set of Apocalypse Now.

Grey’s Anatomy and I had a good time together, but eventually I realized we wanted different things. It wanted to keep meandering on as a glossy soap opera, continually introducing and then killing off pretty new interns, and I wanted it to be going somewhere. (Also, Callie and Arizona were one of a tiny percentage of queer ladycouples I couldn’t muster a single butterfly for.) After about its third plane crash, I gently let Grey’s Anatomy go its own way. I still pop back in for the occasional episode, but it feels less like an elicit hookup with an ex, and more a polite cup of coffee in which you wonder what you ever saw in someone whose favorite song is “Chasing Cars.”

Of course, it can’t always be that easy. The Walking Dead and I had been through hell together. Sure, we’d had our blowups, but once you’ve made the choice to stay Team Carol after she shot a child in the back of the head, you really think you’re locked in, even though the dynamic might be a touch unhealthy.

Like a lot of fiery relationships, though, this one abruptly burnt itself out with the arrival of Negan and his gross, barbed, penis-bat. Since his appearance (and its accompanying carnage), I have not been able to bring myself to look at The Walking Dead again, although I do occasionally treat myself to articles about how and why it has gone downhill, which I suppose is the equivalent to smug social media stalking.

In a show breakup, remember that anger is your friend. It forms a protective barrier around your heart that both masks some of the pain and regret, and keeps you from going straight back to them the first time you get drunk and nostalgic. Because the trick to any breakup is making it stick. You have so many of the same friends, you and your show! You see them on Twitter, discussing the latest twists, and you are powerfully tempted to go back, so you must remind yourself that all they ever gave you was broken promises and insufficient queerness.

But, you know, it’s easy to break up with a show you never really loved, something that just kept you entertained and killed a primetime hour. But what about the ones that matter, the ones that show you the love you need or the self you’d like to be? Ending a relationship with a show that has its own little fenced-in area of your heart can be intensely difficult, because it’s not just about not watching. You can totally bow out of seeing new episodes, but you’re still left with the thornier question of how you stop hurting over it.

Among the shows that have devastated and betrayed me so deeply that I could not recover are Orange is The New Black, Pretty Little Liars, and The 100, and they share a common thread of the gratuitous mistreatment of queer female characters. I stopped watching those shows, but I haven’t stopped worrying about them or writing about them in my head, like a one-sided argument I can’t drop. Yet, when I find myself missing them, I go in search of their best qualities in shows that have not yet squandered my trust. I find OITNB’s female camaraderie and humor in Glow and The Marvelous Mrs. Maisel, Pretty Little Liars’ campy charm in Riverdale, The 100’s post-apocalyptic babes in my own active fantasy life. And I look forward to the day when those shows finally end and I can go back and relive the good days without feeling like I’m feeding a monster. (One good thing about jumping ship is that you can generally be confident that the show’s days are probably numbered if it has lost you, its biggest fan.)

The dissolution of a love affair with a show or a person can make you feel profoundly impotent. You can try and talk out your issues with a partner, and you can write impassioned tweets at a show’s writers, but generally, people and shows are going to do what they do, and be what they are. However, there is one way you can get through a show breakup with considerably more control than a human one: you can finish the story yourself.

Here are some things I know:

Emily and Naomi are still together, working their ways through adulthood with as much reckless passion as ever.

Pepa and Silvia’s wedding went off without a hitch, and they now divide all their time between solving crimes and eating tapas.

H.G. Wells and Mika Bering started kissing and have yet to take a break.

Last Tango in Halifax gave Kate and Caroline a lifetime of happiness, to which Celia was not invited.

These things are simply true for me, because I know these characters better than the writers did when they ran them into the ground. Sure, the canon story went in a different direction, but since stories are just made-up things anyway, I choose mine because mine is better. And you can choose yours too, whether that’s by writing fan fic that gives you what you need, or simply choosing the right the moment to hop off the ride, because you recognize your ending.