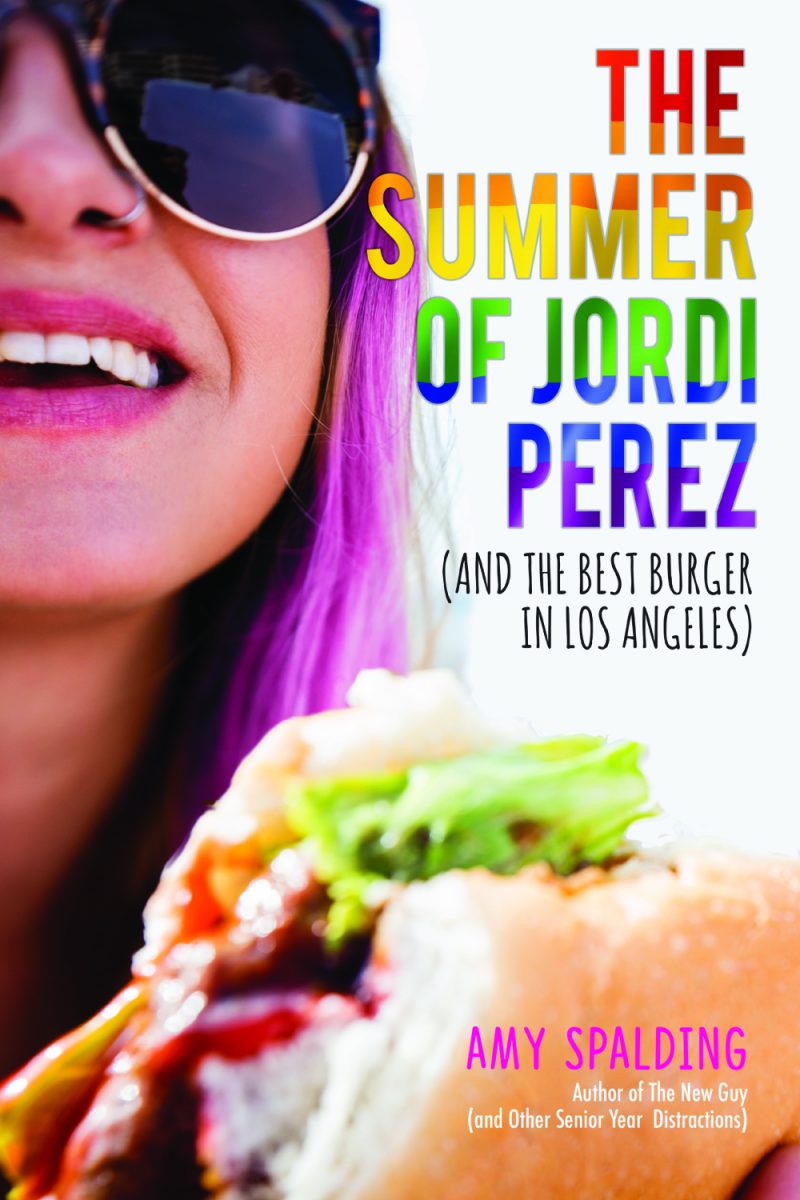 The Summer of Jordi Perez (and the Best Burger in Los Angeles) is a perfect beach read. I write this knowing that the term “beach read” carries with it a faint whiff of disapprobation and unseriousness, and you could say the same thing about the topics TSOJP concerns itself with: teens, queerness, romantic comedy, fashion, fat. But I would like to reclaim the term with the same joyful enthusiasm that this book’s central character has for the things she loves.

Author Amy Spalding creates an instantly lovable protagonist in Abby Ives, a vivacious sixteen year-old who runs a successful plus-size fashion blog and has scored her dream summer internship at a local boutique. The only catch is that she has competition: the irresistibly broody Jordi Perez, and as Abby learns, it is very difficult to compete with someone when you are also falling in love with them as fast as you can.

Abby’s journey is refreshingly free of an angsty coming-out storyline; everyone in her world is essentially accepting of her queerness. She is also generally happy with her appearance; some of the most satisfying passages concern her simply choosing outfits, and that’s an assessment coming from a very fashion-indifferent critic. Yet Abby has some growing to do in challenging her assumptions about herself and the degree to which she is entitled to be loved, listened to, and taken seriously. (A crucial early detail is that, while Abby extols the virtues of self-love in her blog, she refuses to actually appear in any of the pictures.)

Before the arrival of Jordi, Abby has accepted that she will always be the funny best friend in life’s great rom-com, and the novel’s most satisfying arc comes in watching Abby step into her own limelight. In this, Jordi–whose wardrobe of combat boots and smudged eyeliner makes Abby’s own chosen style of fruit-patterned vintage dresses feel, well, silly–serves as both inspiration and foil.

The book also features a delightful supporting cast of Abby’s other friends, whom she is trying to grow with, rather than grow out of, and the city of Los Angeles itself, where a quest for the perfect burger takes readers on a tour as uncomplicatedly delightful as the the pleasure of beef, buns, and special sauce.

There were moments in The Summer of Jordi Perez when I found myself wishing Spalding had done more than skirt the edges of adolescent angst. Abby’s relationship with her mother, a health food celebrity, evoked a deep, painful familiarity that could have been a story all its own. Likewise, Jordi’s “troubled past” is a red herring that might have been more satisfying had it been genuine. Still, this is a book for teenagers, and it concerns itself with the mountainous tribulations that only look like molehills when they are far (far far far) in the rearview. I wish this book had existed when I was its target audience; I think it would have made me kinder, to myself and everyone else. Nevertheless, I already know the pink-haired, Tumblr-0bsessed teen to whom I am going to give my copy, and I’m glad to be able to bequeath it to her.

The Summer of Jordi Perez is a fundamentally happy book, meant for basking in, but its Day-Glo color palette shouldn’t distract you from its radical premise: that a fat, fashion-obsessed lesbian is entitled to the same summer joys as anyone else.