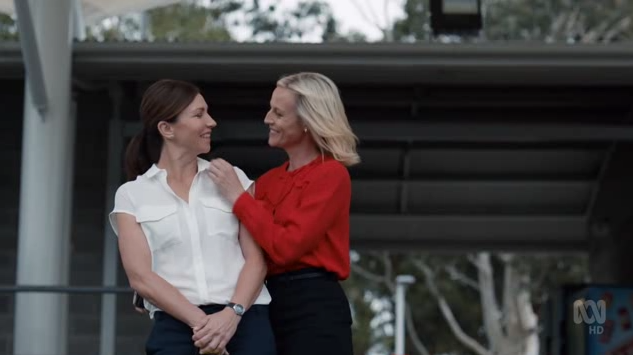 In the past few weeks, I’ve done a lot of thinking about how being a TV fan is a lot like being in a romantic relationship. I came to this analogy in writing about Wentworth, and though my conclusions there were significantly less charitable, I think the same principle holds true for Janet King. I love this show with the comfortable love of a long-term relationship. I am still charmed and engaged by it, and for the most part, I even find its foibles endearing, even when I see them coming a mile away.

Case in point: I now know that the middle episodes of a Janet King season are always a little distracted, as the show attempts to encompass far too many themes, like a dog overwhelmed by tennis balls.

And I love them for caring so deeply about so many issues, but it can be a little tough to keep up.  Just in this episode, we had: 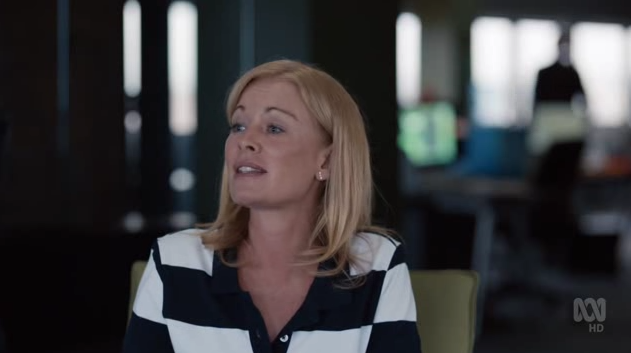 SPORTS DOPING AND THE TERRIBLE PRESSURES FACED BY ATHLETES.

And you’re like, yeah, that’s interesting and also speaks more broadly to our society’s obsession with success at any cost. 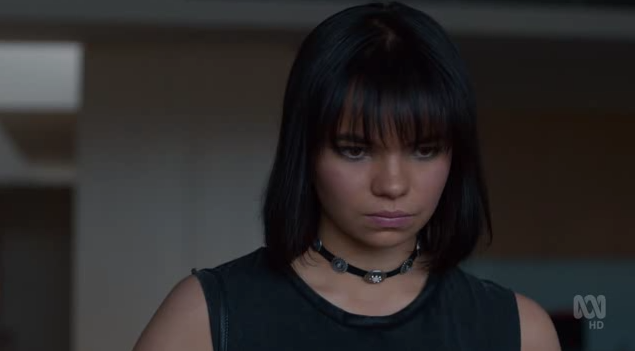 TEENS FAILED BY THE SYSTEM.

And you’re like, yeah, that’s a fucking travesty, and has a lot of built-in drama. 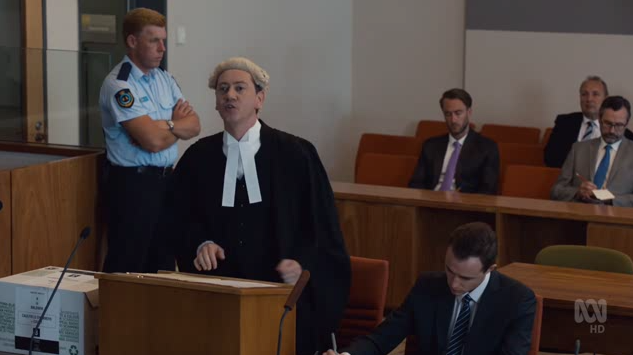 CAN PEOPLE HAVE A FAIR TRIAL IN THE AGE OF SOCIAL MEDIA?

And you’re like, I mean, I guess that’s worth considering, but I feel like we’ve strayed a little far from the original issues…Wait, what were they again? 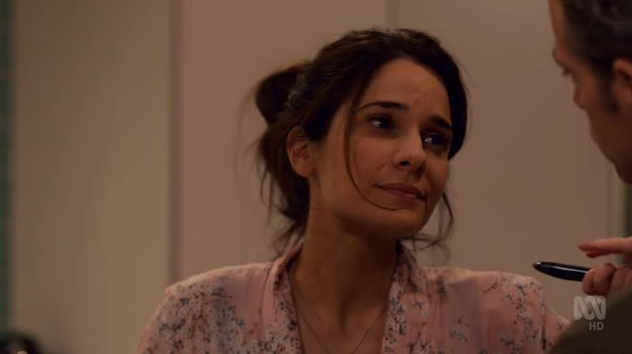 CAN MODERN WOMEN REALLY HAVE IT ALL?

Well that’s certainly a hot button topic, and ties into the show’s overall feminism, although frankly the issue could be “nut allergies” so long as Lina’s face was involved. 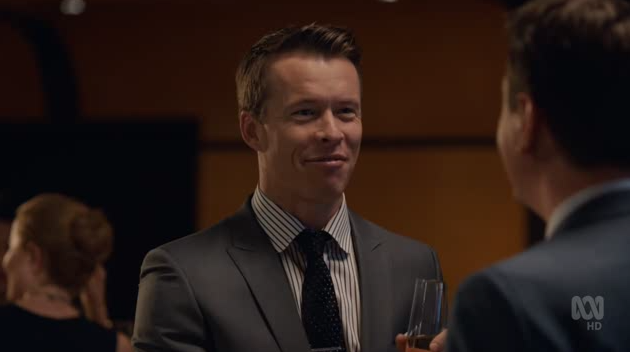 BUT NOT JUST WOMEN; MEN DESERVE A HEALTHY WORK-LIFE BALANCE TOO.

Okay, show. I get it. You’re here to do good. But you can’t expect to solve all society’s ills! You only have eight episodes!  Let’s get back on message, okay? 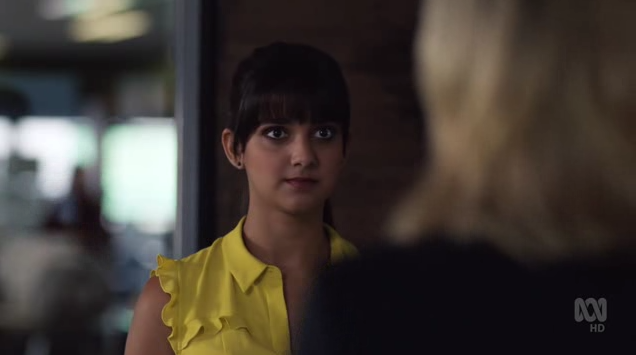 IT SUCKS TO GET YELLED AT BY YOUR BOSS.

OKAY, THAT IS NOT EVEN A SOCIAL ISSUE. THAT IS JUST A PART OF LIFE.

Sadly, among all the themes explored in this episode, hardly any of them concerned the title character, or any baths she might have taken or rings she might have purchased. So we’re just going to take a cursory look at this episode. Not because I don’t love it, but because when you’ve loved a person or a show long enough, you learn to tune certain things out.

So first of all, Richard and Janet find themselves working together again (to Richard’s palpable relief) to try and find the drugs Tyler was on when he died. Richard and Maxine race to get ahold of it in hopes of proving that it was medicine, not Nate Baldwin punching him in the head, that killed Tyler. Janet, meanwhile knows that if she finds the drugs first, she can get Nate to spill the beans on the match-fixing and murder.

Fortunately, Maxine only has rudeness and intimidation as bargaining tools, while Janet has her children’s running coach, whom she persuades to go to the clinic and pose as a customer for the drugs. 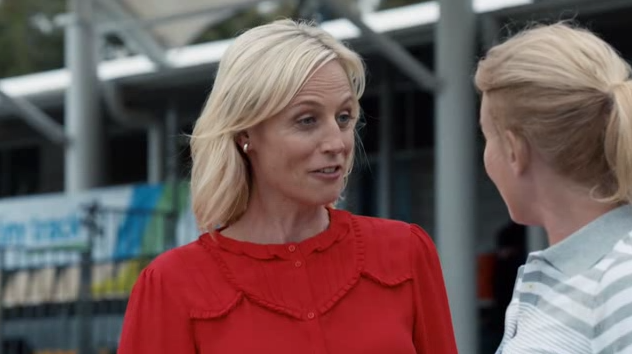 HEY CRAZY QUESTION, BUT WOULD YOU CONSIDER GOING UNDERCOVER FOR ME? 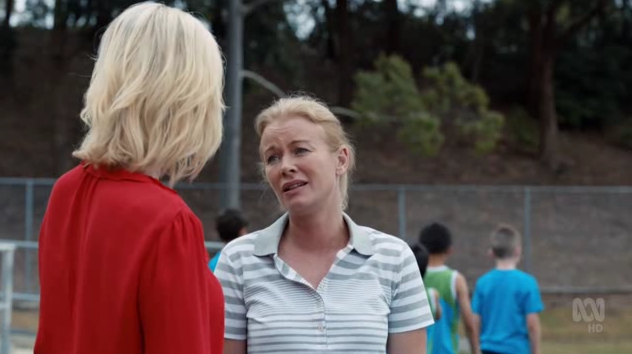 OH JANET, I’M FLATTERED, BUT I HAVEN’T GONE UNDERCOVER FOR A  GIRL SINCE COLLEGE.

It transpires that the source for this mysterious substance is Flynn the disgusting creep, who is keeping Pearl at his home in exchange for illegal sex.

But Pearl isn’t going to be pushed around quite so easily, so she replaces the $20,000 drug (of which there is only ONE REMAINING VIAL IN THE WHOLE WIDE WORLD) with the only “performance enhancing substance” any athlete really needs.

Pearl sneaks off to find another buyer for the drugs, which is actually a smart plan! Given the options she has to work with, “steroid peddler” is the best of the bunch. Unfortunately, the plan falls apart when she lets her Artful Dodger friend hold the bottle, and she, with all the judgment of a 15 year-old delinquent, decides that anything that expensive must be delicious. 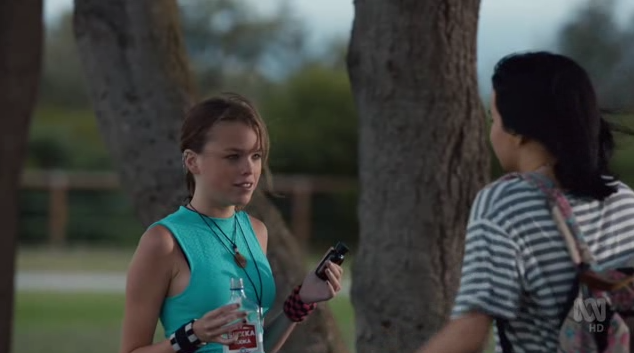 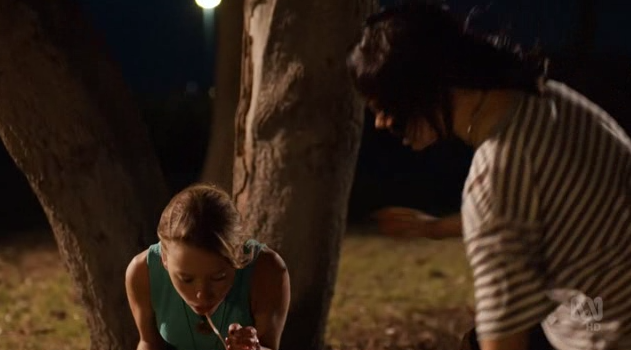 Next week we’ll find out if Pearl’s goose is truly cooked or if Janet adopts her (fingers crossed!)

While Janet tries to track down the drug, she commands Richard to stall Nate Baldwin’s trial for as long as possible.

Richard dutifully tap-dances his way through the legal system for as long as he can, but when the drugs turn out to just be water, he has to throw the ultimate hail mary (IT’S AN AMERICAN SPORTS TERM; LOOK IT UP) and put Nate himself on the stand. Unfortunately, Lina knows Richard so well that she sees this move coming a mile away and blitzes him (YEAH, TWO AMERICAN FOOTBALL TERMS. WHAT ARE YOU GOING TO DO ABOUT IT?). Lina’s truly obnoxious Crownies-era colleague (WAS ERIN BUSY??) cunningly suggests that Nate and Tyler might have been gay for each other, and Nate predictably reacts with horror and rage. 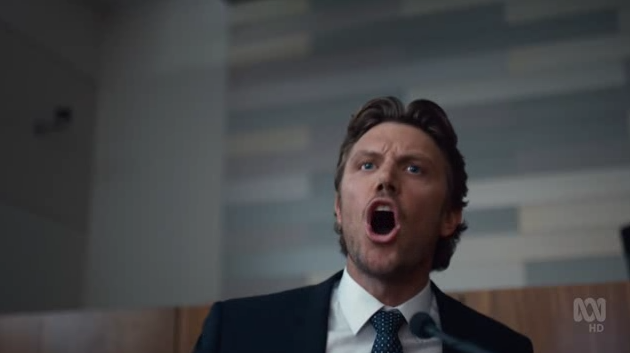 I’M NOT GAY, OKAY? DID YOU SEE THAT DENIM JACKET I WAS WEARING LAST WEEK?

The judge sentences Nate to prison, which he deserves, because drugs or no drugs, he punched a dude and then that dude died.

Lina is pleased with the outcome, but also in a hurry to pass the bar, so she can get some of the glory, and one of those little wigs. 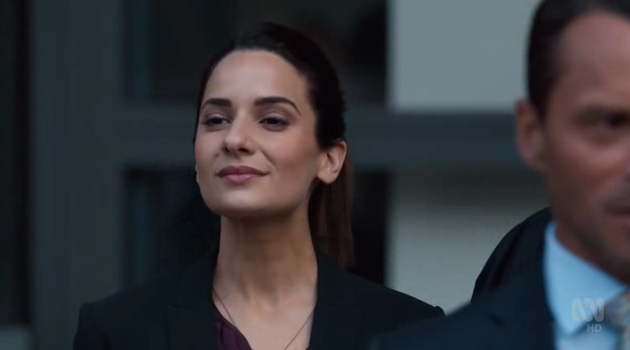 I’M GOING STRAIGHT HOME AND TELLING MY CHILD TO RAISE ITSELF.

Pretty much the only other thing that happens this week is that Janet yells at Bonnie for never following instructions and constantly thinking she’s smarter than everyone else, which are both valid criticisms. I might be more inclined to take Bonnie’s side if I knew anything about her, but I trust the show will get there in its own sweet time. 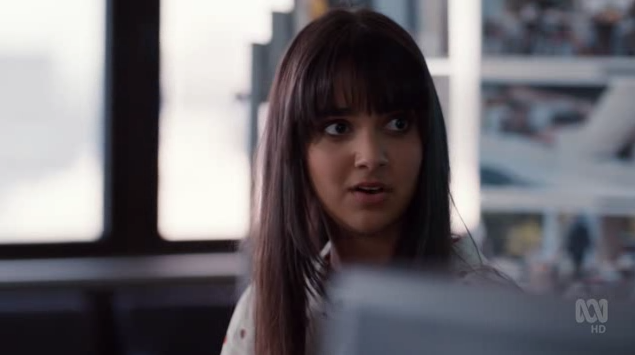 GOSH, THAT JANET SURE CAN BE A HARDASS, HUH? 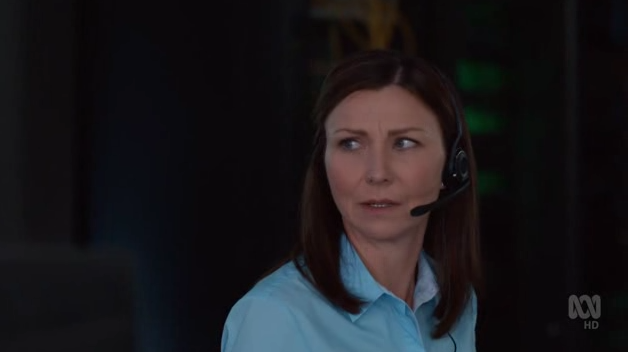 SWEETIE, YOU’RE NOT JUST BARKING UP THE WRONG TREE, YOU’RE IN THE WRONG FOREST.

Oh, and the episode ends with the Mad Sports Doctor getting into a very suspicious car wreck, orchestrated by either Flynn or Maxine or the gender wage gap or institutional racism. It’s hard to say when you’ve got this many villains.