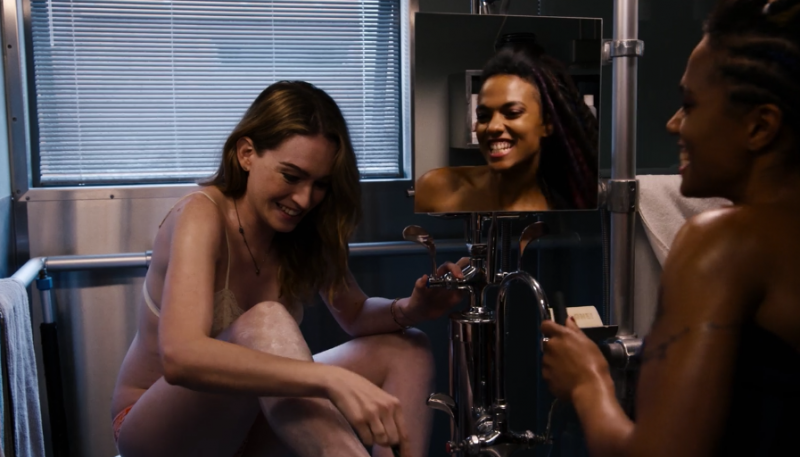 Man, that was a fun episode! “Joy” is really the best thing Sense8 has to offer: both the joy of its characters and the numerous opportunities they are given to just be happy (in sex, music, and fireworks), and the joy of a team of incredibly talented visual artists given a whole world to play with. This episode had both kinds of joy in equal measure, so let’s get to it!

First up is Sun, who the writers have kept in prison for sooooo looooong. But when you think about it, Sun had to be in prison for this long because if she had been free she just would have kicked all the evil white dudes to death by now, and there would be no show.  (Not to mention her brother, who I predict has about one more episode before Sun knocks him out of this mortal coil.) Sun’s brother of course knows that Sun is superior to him in every way, so he sends a goon squad to the prison to assassinate her. 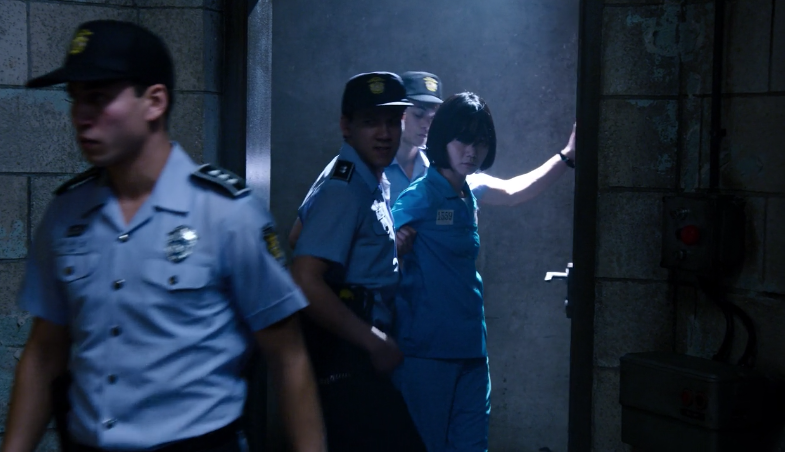 YOU ONLY BROUGHT FOUR DUDES TO KILL ME? I’M HURT.

But Sun catches wise to what’s going on and alerts the rest of the cluster, who quickly come to her aid. So the guards tie a noose around Sun’s neck, tie her hands together, and she still destroys them, with an assist from one of her prison friends. 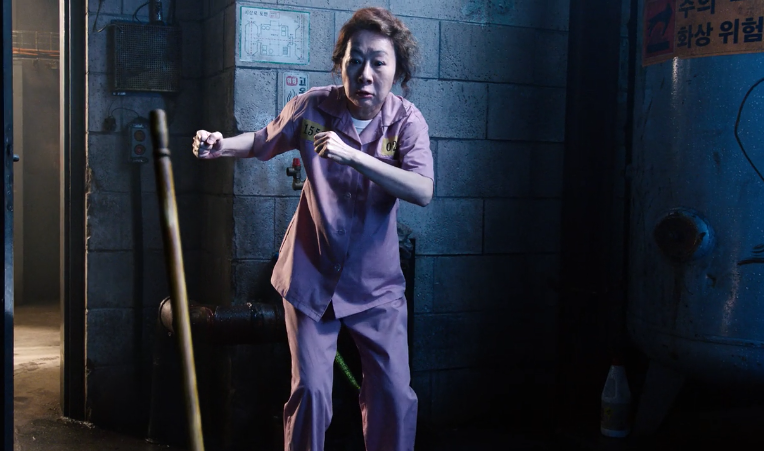 THIS ONE’S FOR BEA SMITH.

Afterwards, Sun decides that even though prison has been a valuable experience and all, made lots of friends etc., it’s time to get free. So with the help of all the sensates, she busts on out of there. Sun herself takes care of all the fancy jumping and kicking, while Wolfgang does the scrappy, head-butting part of the fighting. Afterwards, Kala and Riley comfort Sun, Will gets her out of the handcuffs, Nomi hacks into the prison’s computer system, Capheus hotwires a prison bus and drives it, and Lito charms his way past all the guards! Oh my god, you guys! Everyone made themselves useful! (I mean, Kala and Riley less so than everyone else, BUT STILL!)

Afterwards, Sun and her friend take shelter at the home of another ex-con, they stay up all night bashing the patriarchy, and Sun prepares to bring the fight to every man who put her behind bars.

Next up we have Lito, who is still kind of heartbreakingly unaware of the fact that the easy part of his life is over. He rolls up to a meeting with his agents like:

“WHAT A BEAUTIFUL DAY TO CONTINUE MY JOURNEY TO SUPERSTARDOM.”

But his publicists inform him that his career is in free-fall, now that his legions of adoring female fans can no longer dream of someday ending up with him.

They suggest he take a hiatus from big-budget films and hone his acting chops on a smaller project. In the meantime, he and Fernando go looking for a new house, and Lito is forced to confront the reality of his financial situation.

Luckily, Daniela is willing to foot a third of the rent, in exchange for getting to watch Lito and Fernando have sex and refer to them as “my gays.” I’m very excited to see how the three of them decorate the new place.

Next on the docket are Wolfgang and Felix. In the last episode, a mysterious man offered to give Felix the deed to a nightclub, a proposition that clearly had some strings attached. When they go over to the gentleman’s home to sign the paperwork, Wolfgang makes instant eye contact with this evil, sentient vagina. 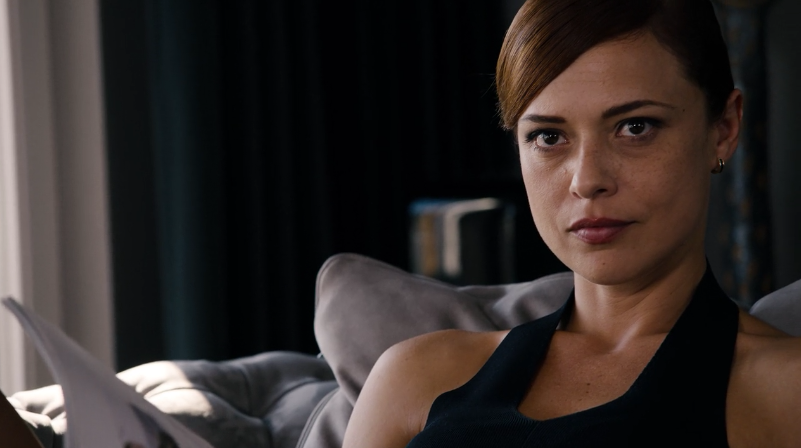 EXCUSE ME BUT ARE YOU RELATED TO THE LADY FROM LOVE ACTUALLY WHO MADE ALAN RICKMAN DO A BAD?

This lady, it turns out, is another sensate! And she spends the entire afternoon giving Wolfy a spiritual lap dance and a physical boner. She’s doing it, we can deduce, to distract him from the serious business at hand, but Wolfgang shows an admirable German ability to divide his focus evenly on getting mindfucked and agreeing to join an international criminal organization. This begs the questions:

But here’s my BIGGEST question about this whole show: how come only one of the sensates has told their loved ones the truth about what they are? I mean, they’re having these intense, often physical experiences, than manifest in seizures and orgasms, and the people in their lives are just brushing it off? Nomi is the exception, because she has the most open-minded partner in San Fransisco, but none of the other, not Capheus or Wolfy with their best friends, not Lito with his true love, seems to feel like they’re really “keeping a secret.” Withholding the truth doesn’t seem to be a betrayal of intimacy, any more than not telling a partner about a weird dream you had where you fucked the mailman. But it’s not a dream, and the show’s failure to account for the toll this revelation would take on the cluster’s relationships, and on themselves, having to share consciousness, is one of the show’s big blind spots. (Their sole attempt to address it this week, in the form of a Christian sensate, is so ham-fisted I’m not going to waste any of my allotted words on it.)

The last big event of the episode is that Will, like Sun, is at last freed from his prison. In his case, the prison was his heroin stupor, and his emergence from it is cause for one of those big “WOW LOOK AT THE WORLD” sequences of which Sense8 is so fond. 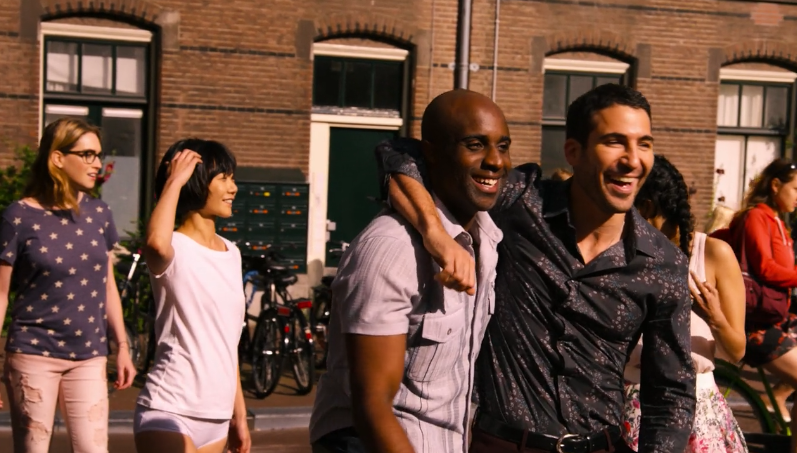 OH I HAVE NO IDEA WHAT THIS SHOW IS ABOUT, BUT I GET TO TRAVEL THE WORLD AND MAKE OUT WITH ALL OF YOU.

Will and the team track down the BPO gentleman from the last week and demand a meeting. Will shows up at a gorgeous Dutch Masters museum where the dude is waiting, and treats him to a long monologue about how human perception changes over time, and we hear Mozart differently now than people used to, and it is no joke super fascinating. You can see Will getting sucked in, when the dude pulls his biggest line yet: he is on the sensates’ side. In fact, there is a whole faction of sympathetic parties inside BPO, but they fell out of power on account of 9/11. 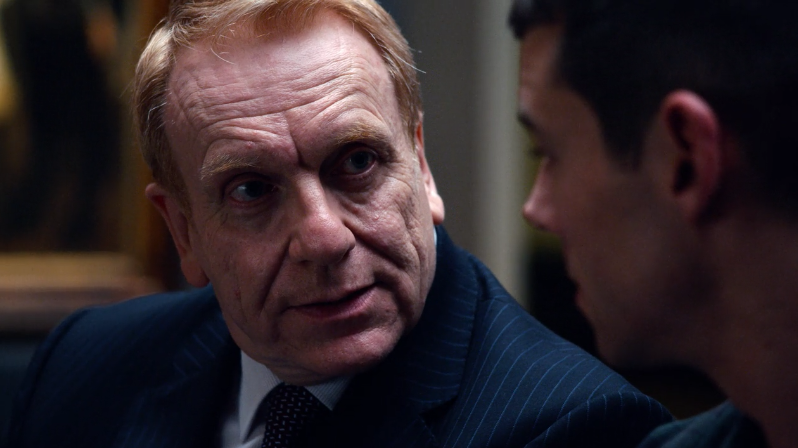 WE WERE WORRIED THAT SENSATES WOULD REVEAL VITAL STRATEGIC INFORMATION TO THE ENEMY. 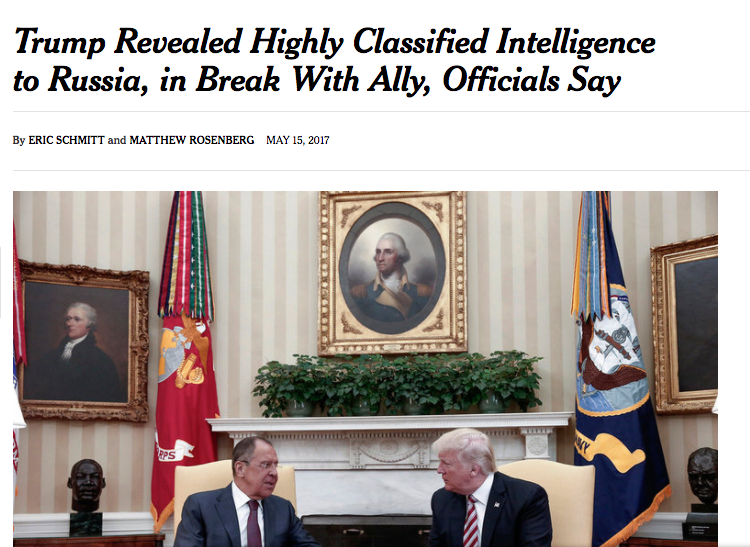 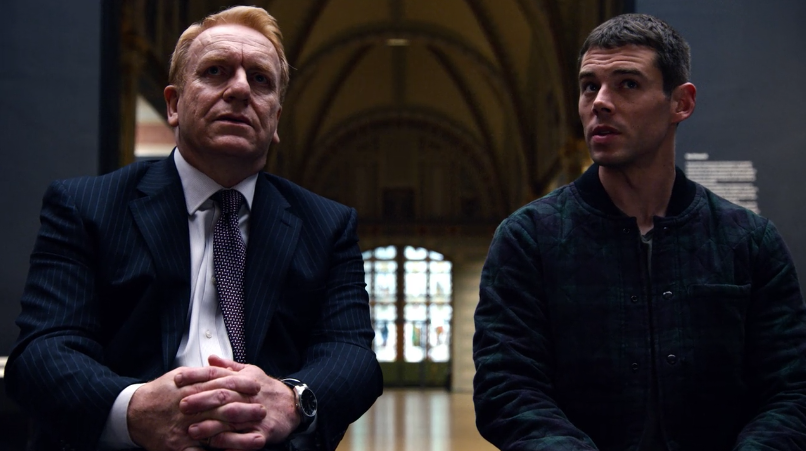 The dude gives Will some of Whispers’ pills, to keep his brain safe, and he’s just about to gie him some more vital information, when ANOTHER SENSATE, CONTROLLED BY WHISPERS, STABS HIM IN THE DANG THROAT AND THEN SHE STABS HERSELF IN THE THROAT ALSO.

It is crazy and violent, but also, it is fun. 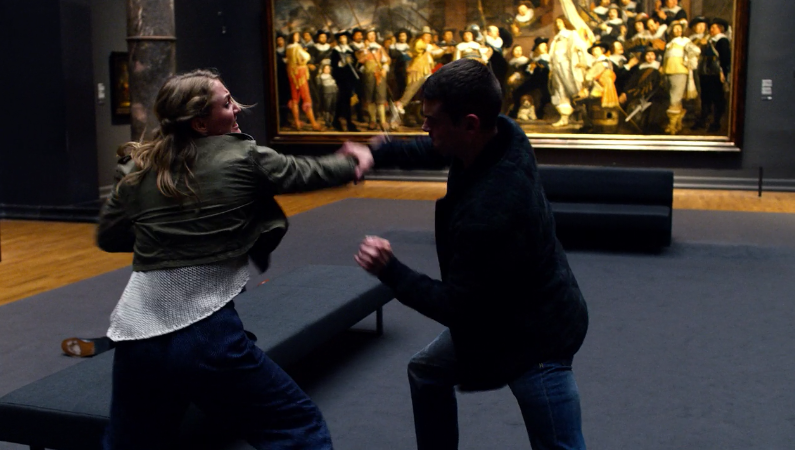 MAN IF REMBRANDT COULD SEE THIS HE WOULD BE LIKE “THIS IS SICK AS HELL.”

So we’re kinda back to square one with the whole BPO situation, but at least Will is clean and got to see some nice paintings.

On to the next episode!