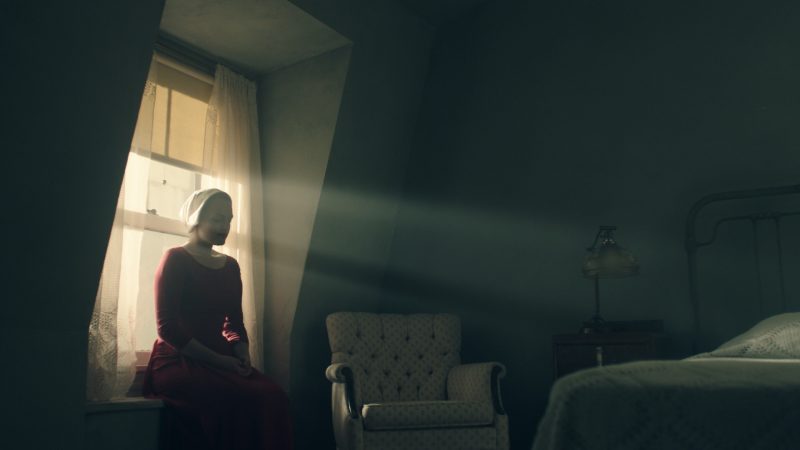 Watch it or honestly I will think less of you. Watch it because it’s the bare minimum, and lucky for you, the bare minimum comes in the form of a gorgeously photographed piece of entertainment starring Peggy from Mad Men. (Elisabeth Moss has become the mountaineer of portraying the female condition, and if you thought watching her ascent was something, well.)

Watch it and redeem yourself in my eyes because, dear, much-loved men in my life, I know there are many of you who don’t listen to female musicians or read female novelists. I never want to say anything about it, but it has not escaped my attention. (How then can you know us?)

It’s not like I’m asking you to take a class on feminist theory or weave your bodies into a protective barrier outside abortion clinics (although, feel free). Just watch a show about women because a woman told you it’s important. We have done the same thing for you.

Don’t worry: there is sex and violence. (If nothing else, watch it to see Alexis Bledel fashion the persona of Rory Gilmore into a shiv.) You won’t be bored by what you perhaps imagine to be the smallness of our stories. The Handmaid’s Tale allows you to bear witness to the astonishing ways women support and betray each other. It’s a rarely-seen spectacle in popular culture, and given the way things are going, you’ll want to get it while you can.

(So watch it now. Stay up all night tonight and watch it, clicking over to the news during commercial breaks until you can’t tell one story from the other. When I see you next, tell me that you have.)

Because, I mean, how long do you really think we’ve got before the GOP rids itself of the gold-painted millstone around its neck and installs President Pence, whose life is an extended Commander cosplay? Mike Pence, who according to the tenets of his personal religion, cannot be alone in a room with any woman, which rather precludes the possibility of female friends or colleagues. (Did you know that? Did you have the luxury of not knowing that?) There may not be a fertility crisis, as depicted in the show, but there is a crisis, and feminism suddenly feels like a very flimsy shelter against such high winds.

But watch it so you have some context for when this all unfolds. Who knows? Maybe in a few years, when you’re sheepishly leading me to my prison cell, we’ll share a moment’s furtive eye contact and think, simultaneously, “This is just like episode three!”

Just watch it, okay? Get your fucking free trial to Hulu. Figure it out.