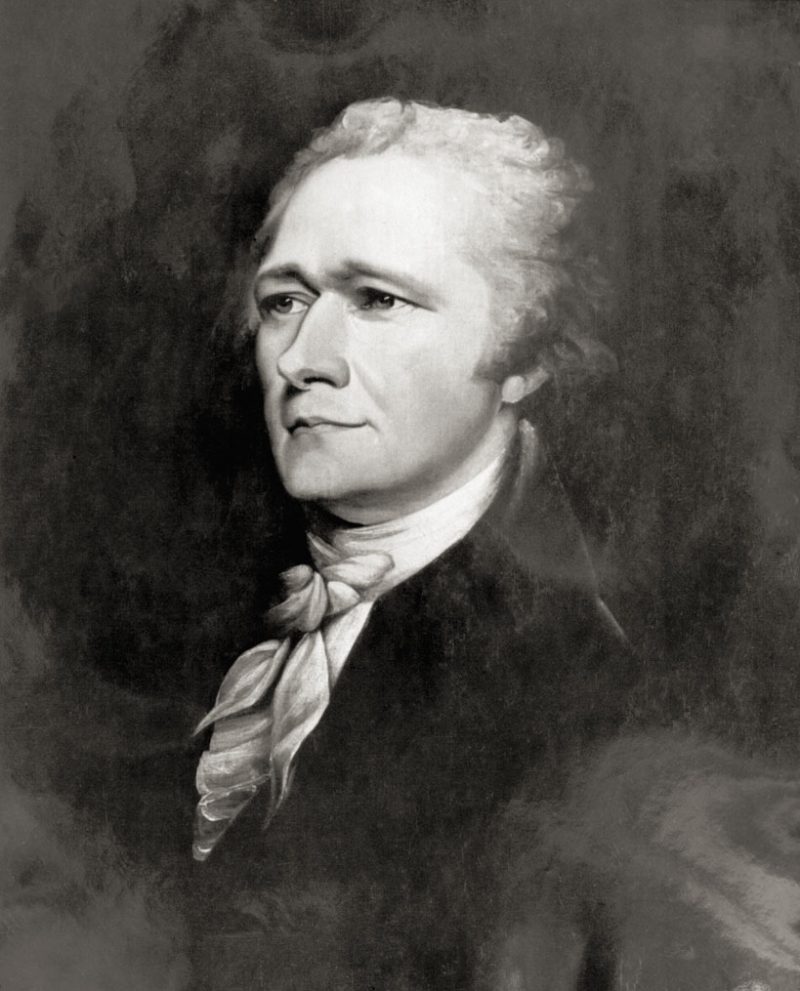 I fell in love with Hamilton a long time after everybody else. I didn’t even listen to it until a few weeks ago, and that is because the concept of a hip hop musical about America’s first secretary of the treasury is stupid.  Even the Obamas laughed at Lin Manuel Miranda when he told them about it, and they’re a lot nicer than I am. The fact that it happened to work, and to have given us probably the greatest cast album of all time, and that it happened to have saved American theater from itself should not detract from the fact that on paper, it really seems like a dud.

Nevertheless, I finally did give it a listen recently and now I am a full-on evangelist, like everyone else. Congratulations: you were all right. And because I never love anything in half measures, I have taken my devotion one step further and begun reading Ron Chernow’s biography, Alexander Hamilton, the book that inspired Miranda to write his immortal musical. It is a delightful tome, and I carry it with me everywhere, including to the women’s march, where it was my dearest hope to bludgeon a Nazi with its substantial spine.

I have learned many things of great interest from this book, such as:

-Alexander Hamilton was not only illegitimate, but double illegitimate. The dude he claimed as his father, whose common-law marriage to his mother wasn’t acknowledged by law, was very probably not his father at all. (A Ham’s mom was really ahead of her time.)

-As a young man, Hamilton was an aspiring poet, and at the age of seventeen, published a quite shocking verse called “Celia’s An Artful Little Slut.” (What a pity literature was to lose him to government.)

Though Chernow himself advises us to “tread gingerly” in ascribing romantic feelings to Hamilton’s letters, given the florid and high-flown writing style of the day, even this careful biographer must admit they have the “lovesick” quality of an “adolescent crush.” Let’s review the evidence, shall we?

-Firstly there is a letter from the marquis de Lafayette to his wife, when he was the 19 year-old hero of the Revolution: “Among the general’s aides-de-camp is a young man whom I love very much and about whom I have occasionally spoken to you. That man is Colonel Hamilton.” Of course, the Marquis was French so the letter probably went to express his warmest hope that his wife was getting plenty of action in his absence.

-Then there is a letter from Lafayette to Hamilton himself, which says “Before this campaign, I was your friend and very intimate friend agreeable to the ideas of the world [but since returning] my sentiment has increased to such a point the world knows nothing about.” NOBODY NEEDS TO KNOW WHAT WE DO IN OUR TENTS TO KEEP THE COLD AWAY, MY DARLING HAMILTON. IT’S NOT GAY, IT’S EUROPEAN.

-But Lafayette’s crush is nothing compared to the feelings Hamilton harbored for John Laurens. “Cold in my professions, warm in friendships, I wish, my dear Laurens, it might be in my power by action rather than words to convince you that I love you. I shall only tell you that till you bade us adieu, I hardly new the value you had taught my heart to set upon you. Indeed, my friend, it was not well done. You know the opinion I entertain of mankind and how much it is my desire to preserve myself free from particular attachments and to keep my happiness independent of the caprice of others. You should not have taken advantage of my sensibility to steal into my affections without my consent.”

“STEAL INTO MY AFFECTIONS WITHOUT MY CONSENT.” Tell us how you really feel, Brokeback Valley Forge.

Regarding this letter, Chernow writes “an early editor, presumably Hamilton’s son, crossed out some of the words and scrawled across the top, “I must not publish the whole of this.” And like, these are the letters we know about. Wonder how Eliza took them?

-And how did Hamilton break the news to Laurens that he married Eliza? Why, by failing to mention it for months, and then finally doing so in the most bro-ish terms available to him at the time. “I give up my liberty to Miss Schuyler. She is a good-hearted girl who, I am sure, will never play the termagant. Though not a genius, she has good sense enough to be agreeable, and though not a beauty, she has fine black eyes.” She’s fine, I guess. FOR A GIRL. Anyway, “termagant,” am I right?

Now, none of this is intended to minimize the love Alexander felt for Elizabeth Schuyler. Don’t let it ruin “It’s Quiet Uptown” for you. Hamilton loved his wife. And his wife’s sister. And he fucked a lot of other ladies on the side, to the detriment of his career and legacy. At best, Hamilton was probably bisexual, or a man who settled into heterosexuality after some fiery same-sex love affairs in his youth. Tale as old as time. What we really need to stop doing is treating male sexuality like a see-saw of gay or straight, and more like the complex machinery it truly is.

The point is, even for those of us who proudly own and celebrate our queerness, it can sometimes feel as though our identities suddenly sprang into being in the twentieth century, when in fact we have been here all along. We’ve been hiding in the letters our children burned or crossed the offending words out of. We’ve been stealing into each other’s tents and affections to seek understanding from the only other people sharing our experiences, since Western culture has been rigorously sexually segregated for much of history. Women in their drawing rooms and men on their battlefields have always been finding each other, and rescue of this legacy should be a source, not of embarrassment, but pride.

Honestly, though: “steal into my affections without my consent.” Get a room. Get a tastefully-furnished apartment.