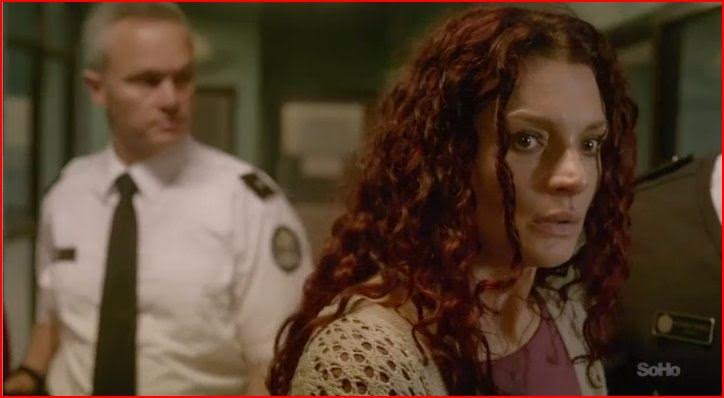 Okay so you know that scene in Orange Is the New Black when Piper gets in trouble for her sexy dancing and is thrown into the SHU? And remember how the SHU is in Serious Prison, where everything is all gray-colored and no one is getting into adorable, chicken-related hijinks, and after only one day Piper is desperate enough to renounce Alex Vause just to get back in Happy Prison?

Well, Wentworth is set in Serious Prison. It’s populated by women who are violent and/or deeply scarred, and, like the song says, “even the roses here are prisoners.” I tell you this not to scare you off, but to caution you that if you’re looking for a show to fill the OITNB-shaped hole in your heart, this one is actually likely to wound you much deeper. Anyway, welcome to Wentworth prison. Let’s jump right in to the trauma, shall we?

I really think my first few minutes in prison would feel a lot like Bea Smith’s (Danielle Cormack). We first see her on the bus, staring out the window at people living their normal, free lives, and right from the beginning we can feel Bea’s isolation, can almost hear her voice saying “you are no longer one of them.” Her/our sense of disorientation only increases when she arrives at Wentworth, where a guard is giving away cigarettes in exchange for blowjobs. (Australians apparently call them “gobbies,” and I’m conflicted as to whether or not that’s an improvement over our own parlance.)

The editing becomes rapid-fire and a little dizzying when Bea actually enters the prison. We’re visually guided through her stream of consciousness, so every shot it like: “Fluorescent lighting. Great, because I wasn’t soaked through with despair already. Guard. Keys (hey wow those mean something completely different than they did yesterday). Another prisoner. Oh god she’s looking at me and HOLY FUCK SHE IS PEEING ON HERSELF. SHE’S GONNA GET ME ALONE AND PEE ON ME, PROBABLY.” It all just builds and builds and feels less and less real until finally Bea collapses on the floor, screaming and begging to call her daughter. But the breakdown doesn’t last long; the unbearable becomes the banal with horrifying speed. It’s just another thing you have to deal with. You’re just in prison.

The next morning, Vera Bennett—soon to be your favorite guard on earth—shows her to her unit, where she meets the other prisoners. First up is Franky Doyle, who is borrowing Bea’s cell to engage in some lesbianing with her girlfriend.

Even as she’s lying there in the throes of passion, Franky still manages to exude an animal, predatory quality to Bea. Nicole da Silva‘s performance, and particularly her physicality, grabs you by the collar and never lets you go. (PLUS her twitter is awesome.) Next we meet the Princesses Rhyme and Reason, Liz and Doreen, who act like they’re welcoming Bea to a cul de sac, not cell block H. 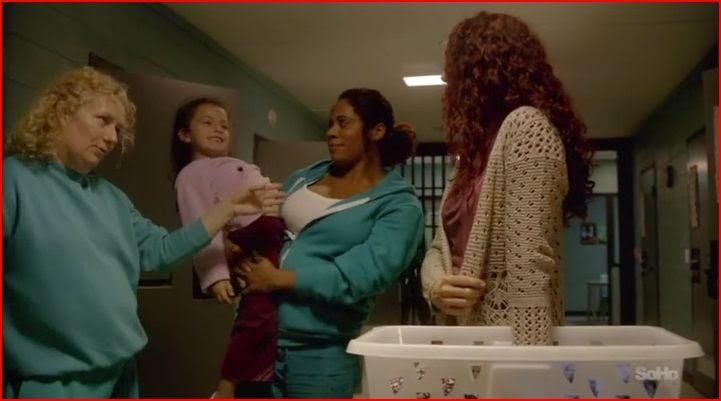 Doreen is cradling a preschool-aged girl, and for a minute you and me and Bea are all like “holy shit are we hallucinating this child or is there really a baby in prison?” But no, none of us are hallucinating; it actually is a precious kid named Kaiya. Bea offends Doreen by voicing the (totally reasonable) opinion that prison is no place for children. Doreen storms off and Liz educates Bea about the prison rules. It’s simple, because there’s only two.

1. Franky Doyle is the boss.

2. That big, comforting red button that says “Help! Guards! Scary prison shit is going down!” is just for decoration.

While Bea gets settled, the guards hold a meeting, led by Wentworth’s Governor, Meg Jackson. They’re there to discuss putting a stop to Franky’s drug-smuggling, but her counselor, Erica Davidson (the distressingly lovely Leanna Walsman) defends her. The actual, honest-to-goodness exchange. 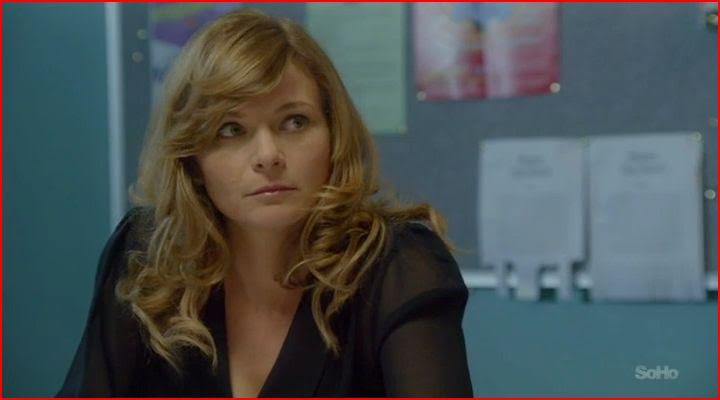 Meg: I want you to ride her.

I was drinking coffee the first time I heard that line, and you better believe it came right out my nose.

But the proof against Franky soon comes out. She bullies Bea into smuggling in drugs, which she immediately gets caught with. But since it’s Bea vomiting up a little bag of meth, it’s Bea who gets sent to solitary. Governor Jackson tries to persuade her to rat on Franky, but Bea has seen enough prison movies to know that’s a mistake. Privately, a guard named Will Jackson assures her that she did the right thing, even though Governor Jackson is his wife. Way to be supportive, bro. He also offers Bea a cigarette and a glimpse of sunlight.

Franky is a top dog like a ragged-eared stray, desperate and wounded enough to bite at any time. But Jacs is a calm, sleek wolf, who never gets her paws dirty if she can help it. And the first thing they fight over is the runt of the litter, Bea. Okay I’m done with the dog metaphor now, I promise.

In the cafeteria, Jacs orders Bea to fetch her a cup of tea, only to send it back over and over for things like “this cup is too full.” Little does she know, she’s triggering Bea’s memories of her husband, the man who would beat and rape her if the tea came out wrong. But you know what happened to that guy? 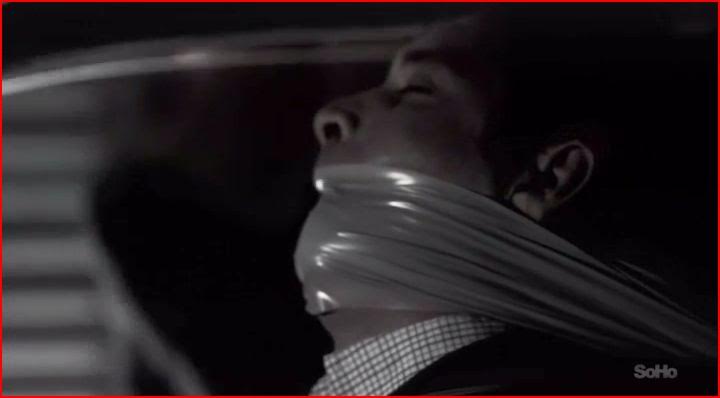 Bea was only prevented from killing him by her daughter walking in. Afterwards, the whole family pretended it was attempted suicide, but the police didn’t buy that story. The point is, Bea’s days of being someone’s tea-slave are fucking over, and she tells Jacs to make her own Earl Grey. The other inmates applaud her nerve, but warn her that Jacs will find a way to get revenge.

But the first score that must be settled is between Franky and Jacs, who assemble their posses for a Gangs of New York style brawl.

While they slug it out, Bea is put in charge of watching little Kaiya. When Kaiya asks for her teddy bear, Bea goes to fetch it, LEAVING A TODDLER ALL ALONE IN THE MIDDLE OF A PRISON RIOT, AND SERIOUSLY RAISING MY BLOOD PRESSURE.

As the riot disperses, Franky goes after Jacs with a shiv. But it’s a trap, and Jac’s minions hold Franky down while Jacs threatens to cut off either her “tats” or “tits.” I really can’t tell with these accents sometimes.

Boomer rescues her at the last second, while Bea chases after Kaiya. She finds her staring in horror at the lifeless body of Governor Meg Jackson.

Are you hooked? Do you have a good idea for a Franky/Erica ship name?

Anyway, I’ll see you next week, when things get EVEN CRAZIER.