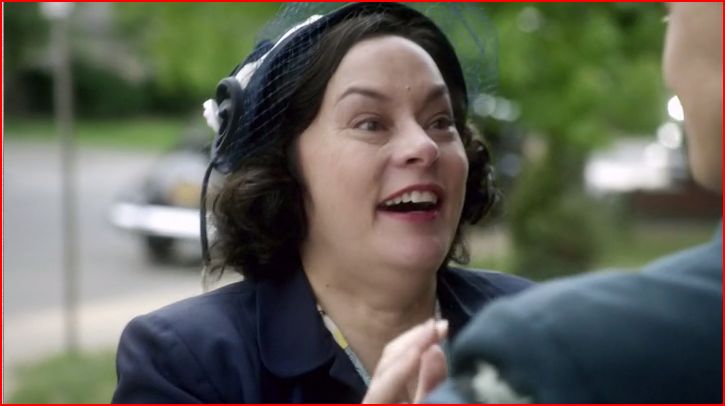 Dear Bomb Girls fans, I have to open this recap with a thank you.  Thank you for being so calm, so understanding, so amazing about this whole Ivan/Betty business.  Actually I think you are a lot more rational about it than I am, which I appreciate more than you can know.  There have been times this season when I have just wanted to invade Canada and impose a dictatorship in which Betty and Kate are required to be together and happy and like, possibly in a punk band with Gladys?  But you guys have been so great about sticking to the facts, and the fact is we don’t really know where this thing with Kate is going, but we do know the show has done us no wrong so far.  As for showrunner Michael MacLennan’s “pushing buttons” comment, I was upset at the notion that straight people’s buttons are better or more sensitive than mine (yeah I hear it), but I’m going to withhold my outrage…I guess until I have a reason to be outraged. (This whole rationality thing is weird).

On to the episode, which I have so many feelings about that I want to grow an extra heart, a la The Doctor, just so I can contain them all. (Theory: lesbian fandom is the reason Gallifreyans have two hearts).  We open with Betty and Vera riding in the back of a pickup, yelling into megaphones to recruit more impressionable young women to the lesbian lifestyle war effort.

Down at the recruiting office, Marco is doing his best to heed the call of duty, having seen the marvelous selection of women at the department store willing to sleep with any old soldier.  However–in a storyline from last season I’m glad to see picked up with a new degree of seriousness–he is barred from enlisting on account of he knows what spaghetti is. As a matter of fact, his father is stuck in an internment camp called—and you shouldn’t take it any less seriously because of this—Pedewawa.  Gladys doesn’t have too much going on this week; she’s already rounded up all of Toronto’s criminals and tied them together in front of the police station, written several op-ed pieces for local papers, and knitted hats for all the house elves in Hastings Castle, so she decides to help Marco with the Canadian military. After all, it’s only an army and she is Gladys Hastings-Witham.

So, in the two months since Kate’s father gracefully pirouetted to his death, our favorite redhead has developed a drinking habit, which is a nice way to say: a drinking problem.  Now, I think everyone who has been to college has gone through this phase or watched someone else go through it (guess which group I fall into).  When you have something horrible you can’t stand to think about (you killed your father and have no idea how define yourself without the fear of him that ran like a layer of permafrost through your life and also you are maybe in love with your best friend) hitting the bottle can seem like hitting the snooze button on all those problems.  Most people I know went through this, were the subject of a few jokes for showing up to class wasted, and are now either happy, productive people or graduate students.  The difference is, at the University of North Carolina we did our binge-drinking away from high explosives. Mostly.  Kate doesn’t have that luxury.  Kate doesn’t have much of anything: no family, no money, and only one really solid relationship, which comes with its own set of complications.  So when she steals that bottle from the storage room, I’m sad but also I understand.  It seems that Leon feels the same way, and suggests to Betty that a little old time religion might straighten her out.  Betty still hasn’t forgiven Leon for distracting Kate with his jazz, so she blows him off.

Meanwhile, Lorna has halted production of bombs because she has Something To Say.  And that something is: you can make a nutritious meal from the body parts of your enemies.

The other bomb girls skive off, muttering that if they’re reduced to eating tongue, then the enemy has already won.  Lorna is hurt because these girls are like her children, and she just wants to teach them the skills they’ll need to survive.  (Incidentally, my money is on Lorna for Overlord of the Former Canadian Wasteland in any apocalyptic scenario.  Kate, meanwhile, would run a zombie preserve, attempting to tame them through the power of song and long, meaningful glances).

That night, Betty, Ivan, Kate, and Kate’s beard are all listening to the hockey game, which is unrealistically portrayed as an enjoyable, exciting activity. When the Leafs score, Ivan and Betty embrace, but Kate pokes her date with a stick until he gives up trying to touch her. Ivan compares his unlikely relationship with Betty to the Leafs coming from behind to win the Stanley Cup, to which Betty literally says, “Yeah, it’s like Hitler.  He thinks he’s won but the series isn’t over.” Keep that analogy in mind as the episode continues.  The next morning, when Betty finds Kate passed out on the couch again, she attempts to put the brakes on the frenzied debauch Kate’s life has become.  Kate says she’s just trying to live a normal life like Betty’s, with “a good job and a guy like Ivan.”  And Ali Liebert, who is just the master of subtext, manages to say “Kate I love you and I will hold your hair back from your face for as many nights as you need to drink yourself into oblivion, but I won’t play this game where we pretend I never kissed you” all with her face in about two seconds.

From the looks of Vera’s newly acquired jewelry collection, Kate isn’t the only one getting too much of a good thing.  Yes, Vera has personally taken it upon herself to de-virginize every soldier risking his life at the front, in exchange for a few luxury items.  On the one hand, go Vera.  She certainly has a newfound spring in her step and god knows I love a liberated woman.  But I worry about her too.

Over at the phonically pleasing but morally deplorable Camp Pedewawa, Gladys has brought Marco and his mother to help Papa Moretti prepare for his hearing.  The guard at the gate didn’t get the memo that Gladys has an all-access pass to the entire nation.

Guard: Hold it right there. I asked for the password, not your name.

Gladys: My dear little mortal, they are one and the same. You’ve…never heard of me?

Gladys ties a blindfold on, holds a scale in one hand and a sword in the other, but even that doesn’t earn her a spark of recognition, and she enters the camp very perturbed indeed.

Marco, meanwhile, is trying to talk his father out of jail.  It’s a big job, because Marco’s dad is the most Italian person in the world.  He shouts “Mussolini” although it’s unclear whether this is because of any deep political feeling or just a general affection for words ending in “ini.”

Having already seen Canadian reactions to spaghetti, it’s not surprising that this little outburst is enough to get both Marco and his papa locked up.

Back at the factory, Vera has commandeered Lorna’s “Life Skills Seminar,” changing the topic from “101 More Places to Hide A Weapon On Your Person” to “You Too, Can Be Goddamn Fabulous.” She’s teaching the girls beauty secrets (Kate and Betty don’t need the help so they skipped this one) and it’s clear she’s found her true calling. The chief beneficiary of her efforts is Lorna, although this seems like rather an elaborate way to introduce the idea that Lorna is going to start wearing makeup now.

When the show takes us to Lover’s Lane, for a minute I think it’s a continuation of Vera’s story, but the two people steaming up the windows turn out to be Betty and Ivan.  Good ‘ol Ivan has pulled out all the stops, and yeah, Betty is charmed.  The man made her a flipbook and a sandwich and wants to sit around listening to hockey and drinking whiskey, so this might be the closest to a lesbian relationship she’ll ever get.  However, liking Ivan (and Michael Seater) doesn’t make this scene any easier for me. Even knowing that, were I a lesbian in 1942 I would want “a normal life,” it still stings.  I’m sure many of us have had an Ivan, a good guy who made the lie so easy we almost forgot we were telling it.  In fact, it is that knowledge that makes this scene hurt, with the deep ache of memory.  Anyway I fully expect you to all share your reactions in the comment section.

The next morning, Betty McRae knows something has to change.  She drags Kate out of her stupor and makes the most improbable announcement of all time: “we’re going to church.”

If that word doesn’t evoke the warmest or fuzziest feelings for you, you are not alone.  This, however, is Black People Church, and if pop culture teaches us anything, it is that Black People Church holds magical healing properties for any white person brave enough to come inside.

Leon is preaching, and Leon’s god is a god of love and mercy and self-acceptance, and Betty thinks this god fella might not be so bad after all. Hell, she’s feeling so generous she may even forgive Leon for looking at Kate that one time.  But the other half of our duo stays in the dark. She has a lot more processing to do before she steps off the Crazytown Roller Coaster, which means you and I and Betty have to just hold our collective breath and pray she makes it through.

Betty, however, has been changed.  And whether church is the thing that makes you feel it, or a bar, or the Lesbian Blogging Community, we all need to hear that we are accepted, that we are not alone.  For Betty it was enough to tell Ivan at least part of the truth.  She tells him that they are both meant for different people. And both of those different people have boobs and hopefully at least one of them has the green eyes of a freshwater mermaid.

The episode closes with Lorna and Bob throwing their shoulders onto the wheel of their marriage. Bob has emerged from seclusion to run a news-stand, mostly so he can sneak copies of his own pamphlet, “nothing Will Ever Be Good Again,” when out of the blue, one of their sons shows up.  The way Meg Tilley’s face lights up, reminding that there is yet another layer to Lorna, is amazing.  Seriously y’all, Meg Tilley is an actor, an author and she MAKES HER Own FUDGE.  I don’t know about you, but when the apocalypse finally does come, I’m headed north.

See all you lovelies next week.