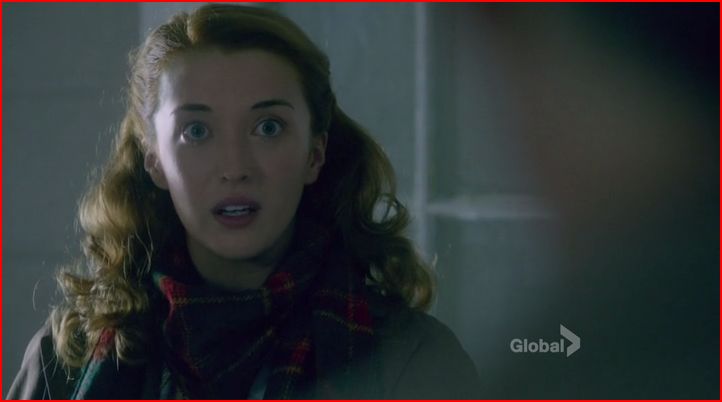 First of all: God I missed doing this every week.  As always, the thing I missed most was fangirling out with the rest of y’all.  It’s my favorite club to be a part of.

This week’s episode opens on a rundown alleyway (perhaps somewhere in the vicinity of Chestnut Street), where Kate is running for her life.  She’s dressed in a wedding dress and fleeing her father.  Sometimes I think the show saves all its symbolism for Kate’s storyline, which is fine with me, since they do it so well. When he catches her, in the same deserted nook where she unceremoniously left his corpse, he grips her throat and is like “Did you really think it would be so easy?  You’re gonna need to kill me at least three more times, one of them symbolically.”

Obviously this is a dream sequence, since we have all seen Kate’s real-life run and it is nothing like the graceful, curl-flouncing lope on display here.  When she awakens, first of all her eyes melt a little at the sight of Betty, who slept all night in a chair  like a concerned spouse at the hospital, but secondly she rouses Betty to confess her fear that her father may actually still be alive.

Before Betty can assure her that, according to the television and movie guide to death, any character who falls more than 10 feet and then has blood coming out of an orifice is really most sincerely dead, someone slides a valentine under the door.  Naturally it’s Gladys, living every day like it’s Rex Manning day.  When Betty opens the door and Gladys sees Kate on Betty’s bed, Gladys’ reveals herself as the biggest McAndrews shipper of them all.

ALSO, Kate’s card has BETTY’S FACE on it.

Gladys has also come to announce that she is moving into the boarding house, in order to provide constant supervision to everyone else’s storylines and also maybe they could all lie in bed together more times because that felt good in a funny way. Anyway she’s “sending for her things” so PERMASLEEPOVER!

When we arrive at the factory, it looks as though the festivities were organized by Gilderoy Lockhart himself, complete with Marco dressed as Cupid.

Gladys has no one to romance so she asks Vera to go drunk bowling, and I have never wanted to hang out with fictional characters more.

Ivan, naturally, gives Betty a card in his sweet and bashful way.  It reads:

Her eyes are as brown as a nice mug of beer,

Oh how I long to be with her,

When I see her in trousers,

My heart cries out “Wowsers!”

The hero who drops shit on Hitler.

When Marcupid corners Lorna, she confesses that she did not drink the pregnancy-terminating herbal tea.  Marco asks what she plans to do about Bob and she’s like “if I’ve put up with his killjoy self for three decades, he can raise your baby for half that time.”  Marco knows better than to openly challenge Lorna, but he would at least like her to stay away from high explosives while his cannoli is baking.

After work, Betty and Kate go the alleyway to find that the tarp is empty, like some nightmare version of the Resurrection.  Kate’s first impulse is to flee, but Betty cautions her that, much as the prospect of her running in slow-motion again is very pleasing, they should just stay calm and go on their date tonight.

Speaking of dates, Gladys and Vera are all set to get liquored up when who should appear but James or Whatever, who is apparently still alive.  The only person more unhappy than me about this is Vera, who was really hoping that she could at least get a little bi-curious action tonight.

Instead, she’s forced to look for a date at a department store, where some asshole ruins her painted-on stocking seam.  She stands outside the store like a three-legged dog at the pound, her tail wagging hopefully every time a soldier passes her by and oh god this metaphor is making me really sad.

Also that evening, Lorna finally comes clean about the baby over cinnamon cake (which I bet you anything Meg Tilly made herself), but even dessert cannot ease the pain of one’s wife carrying another man’s baby.  Unless it’s white chocolate raspberry truffle ice cream.

He orders him out of “his house,” which is a funny thing to say to someone who has an actual job while you stay home all day painting toy soldiers and self-contradictorily mumbling about the evils of war.

Enjoying a slightly more romantic evening are Gladys and James, who are lounging in bed.  Gladys idly picks up a bullet from James’ gun, which: why is a bullet sitting out at all? was that involved in your lovemaking somehow?  Don’t answer that.

Gladys: See, the gun pin catches the detonator, and lights the primer. That burns the gunpowder in the casing and fires off the shell to hit its mark. Boom.

James: How do you know so much about guns, sweetheart?

Gladys:  Oh, just from work.  Certainly not because I patrol the streets at night, searching for justice, a quarry as alluring as it is evasive.

James: Good…because that would be crazy.

Gladys: WOULD IT THOUGH?