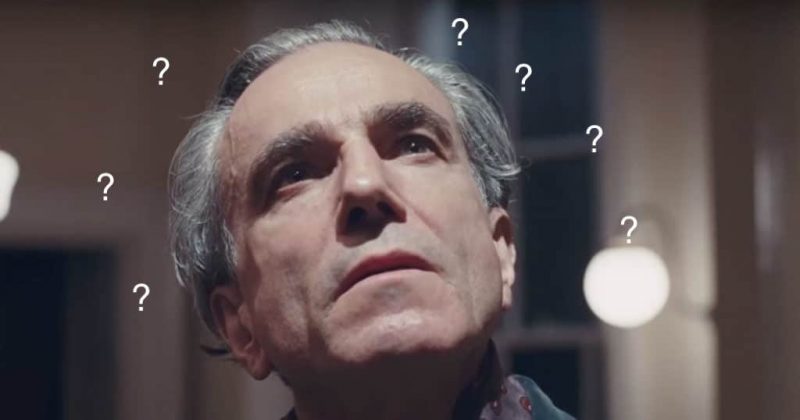 For the past several days, every time I get on the internet, I am assaulted by advertisements encouraging me to see two films: Forever My Girl, and Phantom Thread. One is a schmaltzy Hallmark Channel reject that looks like The Notebook with erectile dysfunction, and the other is being widely hailed as a masterpiece, starring the greatest male actor of his generation, and directed by Paul Thomas Anderson, one of the only true visionaries working today. But if I had to choose between them, I might see Forever My Girl, because I am at least clear on what it is. 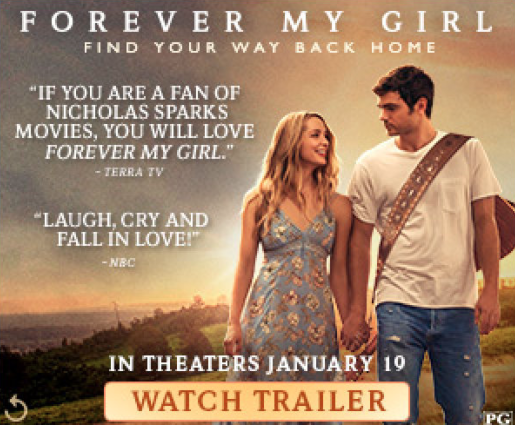 THANK YOU FOR YOUR CANDOR.

I have no idea why the Great Governing Algorithms think that I am the correct target for a barrage of Forever My Girl ads, but I appreciate the trailer (variations of which have now flitted across my Facebook feed roughly twelve thousand times) for being very forthcoming about the plot. Here it is: Liam Page is a successful but unhappy country star who returns to his hometown (where the sunlight is always golden, the biscuits are always fresh, and there is exactly one black person, whose role it is to dispense advice and assure everyone else that they are not racist despite voting for Trump). Upon arriving, Liam reconnects with the ex-fiance he abandoned at the altar and the daughter he never knew she had. It turns out his ex was one month pregnant when he left, which I know because she says so right there in the trailer. Now Liam wants to be a part of his daughter’s life, damn it, since they have all suffered enough for his mistake. (She by being ostracized for having a child out of wedlock and he by harnessing his regret into pop-country songs that made him rich and famous.) There’s probably some Christian stuff in there too. The point is: it lays it all there on the table, that this is the perfect film to go to with your church ladies’ book club/daughter you are worried about/boyfriend who you both know is gay and with whom this film is but the latest escalation in your high-stakes game of chicken.

Phantom Thread, on the other hand, simply wants you to know that it is “sumptuous,” “breathtaking,” and “surprising.” I have read no fewer than four articles, interviews, and reviews about Phantom Thread, all of which merely established that it is about clothes and that to say more would spoil the whole thing. 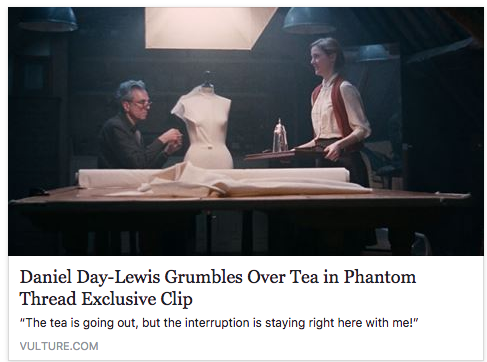 Well! That is not a lot to go on, given the price of movie tickets and the awkwardness of finding the perfect moment during the trailers to open the beer I have smuggled in. (I try to time it with explosions or that scary drone sound every trailer has to have these days). This movie is asking for a lot of trust from a moviegoing public still scarred from Mother!, though I suppose we should be grateful this one at least isn’t titled Phantom…Thread? The most I have been able to glean is that Daniel Day-Lewis plays a clothes designer who

-he meets a girl

-who wears his clothes

-but does something to displease him

-after which some frantic violins indicate that there is some form of conflict, which might be murder or might be he titles his next dress “disappointment.”

The literal most information the trailer gives you is “You can sew anything into the lining of a garment. Little messages…secrets…” 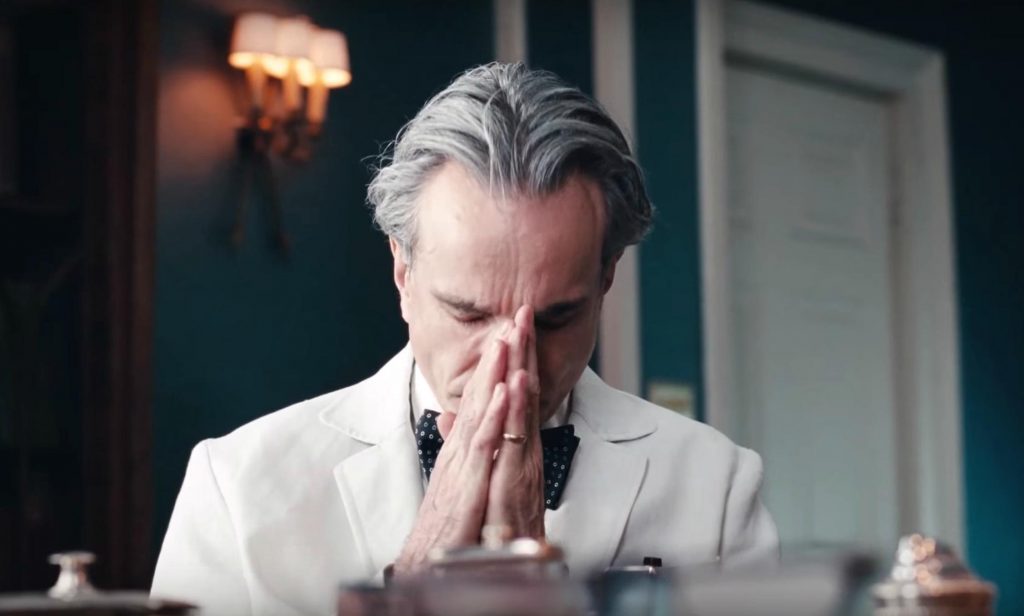 I have brought up this frustration with several people, all of whom have been disturbingly uniform in their response: “But it’s Daniel Day-Lewis’ last performance!” DON’T YOU GIVE ME THAT. First of all, I don’t think we should encourage this kind of attention-seeking behavior from Mr. Day-Lewis, who is clearly doing this as a Lebron James-style publicity stunt in order to make us beg him not to quit acting. If you really want to stop making movies, you can just stop making movies without making such a goddamn production out of it. Second of all, I do not for a minute believe this will actually be Daniel Day-Lewis’ last performance. Right now he is clinking glasses with Cher as she announces her 15th “farewell tour. ”

As for Paul Thomas Anderson…I don’t know anymore. He drove Inherent Vice straight into a wall. I think we’ve all quietly outgrown Magnolia. And frankly, I still do not know what There Will Be Blood was about. I mean, I know what happened, but whether it was a statement on capitalism or masculinity or America or milkshakes, I really couldn’t tell you. Also, I’m happy for him and Maya Rudolph, but I still can’t bring myself to fully trust anyone who has caused Fiona Apple a moment’s pain. Let’s tie up that thread, shall we?

So I am staging a protest of Phantom Thread until either a trailer or a critic thinks I can be trusted with the precious knowledge of its plot. (He kills her, right? I bet he kills her.)