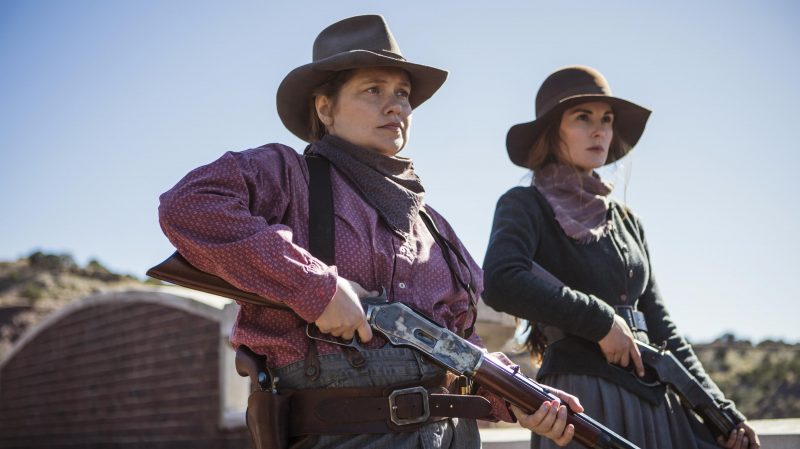 On November 22, Netflix will unleash its latest piece of original programming onto our eager minds: a six-part Western called Godless. The series concerns the fate of a town where all the men died in a tragic mining/oil drilling/underground rave accident.

THAT’S WHAT YOU GET FOR TRUSTING A WOODEN ELEVATOR, FRANKLY.

This awful event leaves the town to be populated exclusively by LADIES, and for viewers of a certain stripe, this raises an obvious question: just how gay is this shit gonna be? Well, judging from the show’s trailers, the answer is: pretty goddamn gay. Check out the sneak peek below.

For starters, we have Merritt Wever, who blessed our screens all-t00-briefly as a lesbian doctor on The Walking Dead. For whatever reason, the laws of predictive casting dictate that if someone has played gay before, they are likely to again. Also, Wever’s whole trousers/gun/demeanor combo seem to indicate a lady who didn’t even wait until the menfolks’ bodies had stopped smoking before pole vaulting into a new gender role.

ONE BELT IS TO HOLD MY GUN AND THE OTHER BELT IS BECAUSE I MOTHERFUCKING FEEL LIKE IT.

If I had to guess, I’d say Merritt and the lady winking at her in the trailer engage in a spot of amour, though I will be disappointed if that’s the only action we see.

THIS IS NOT THE FACE OF A WOMAN MOURNING THE PATRIARCHY.

The series actually stars Michelle Dockery (who seems to choose her roles these days by imagining what would be most shocking to her character from Downton Abbey), and I’m inclined to think her love interest will be Jack O’Connell, who I at least know is a good sport about ceding the floor to lesbianism from his work opposite Naomily on Skins.

And of course, every Western needs a terrifying villain, whose soul has been bleached white in the desert sun. And for this role, the show has offered…Jeff Daniels. 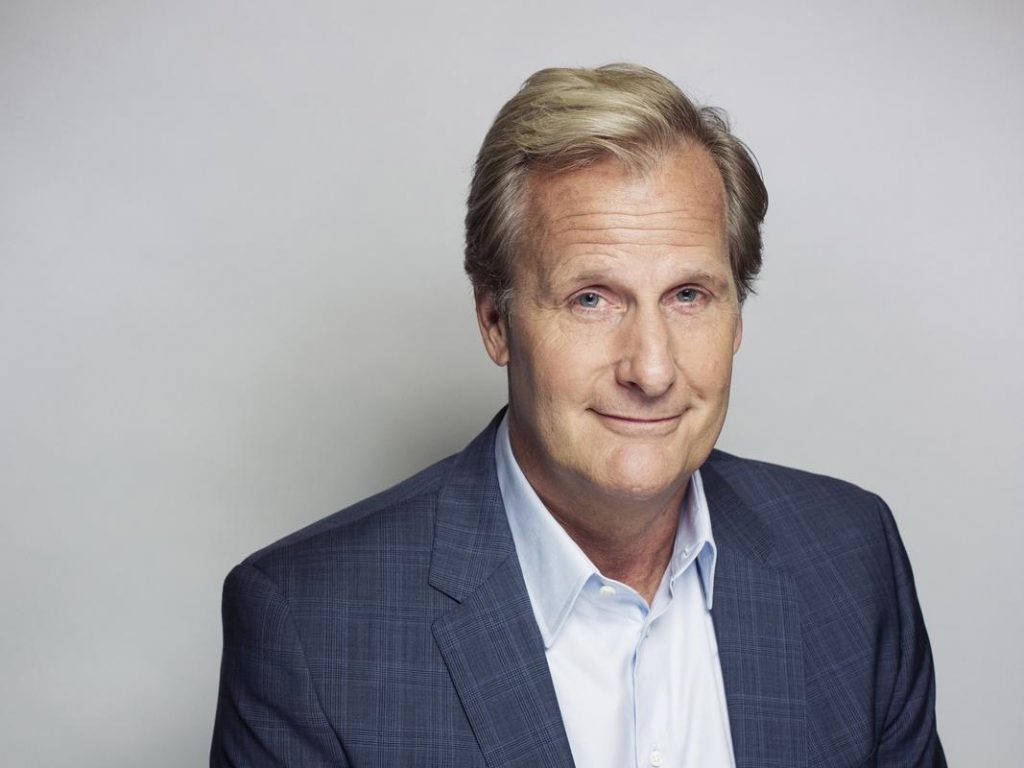 THIS GUY IS OUR NIGHTMARE VILLAIN. THIS FUCKIN GUY. 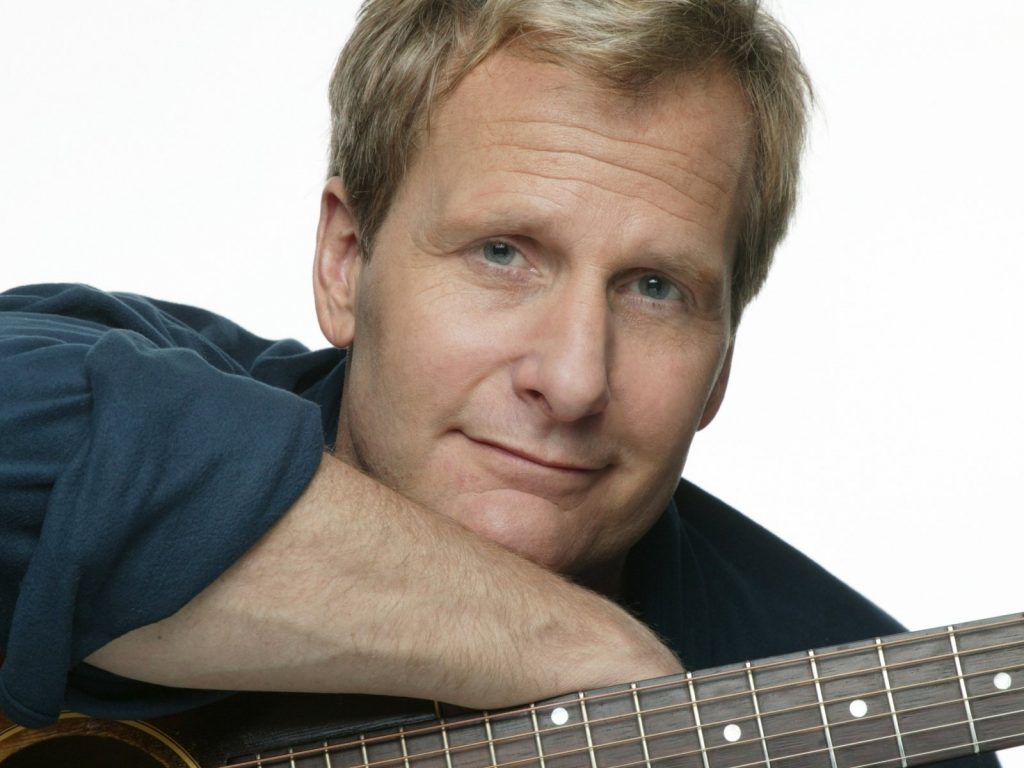 ONLY A GOOD WOMAN WITH A GUN CAN STOP A BAD GUY WITH A GUITAR.

I honestly believe this casting decision was made in the hope that if Jeff Daniels grew a beard, we might mistake him for Jeff Bridges, but I suppose we can give him a chance.

According to Godless‘ creator, Scott Frank, the series is really about a young man’s quest for redemption, against which the “town full ‘o ladies” idea has the worrisome potential to be merely an amusing backdrop. It is my deepest hope that this is not the case, and the show mines its true feminist potential, but I’m not feeling terribly confident in male feminists at this particular time.

YOU AIN’T READ THE NEWS LATELY, HAVE YOU SON.

In a way, though, it doesn’t matter. The actual content of Godless is less important than its ability to provide a satisfying springboard for my own personal fantasy life. So stay tuned for The Dart‘s coverage of Godless, in which we will be operating on the assumptions that virtually all the town’s ladies have been exploring sexual and romantic interest in one another, and if the camera fails to pick that up, it’s just because it’s being operated by people who aren’t particularly observant. 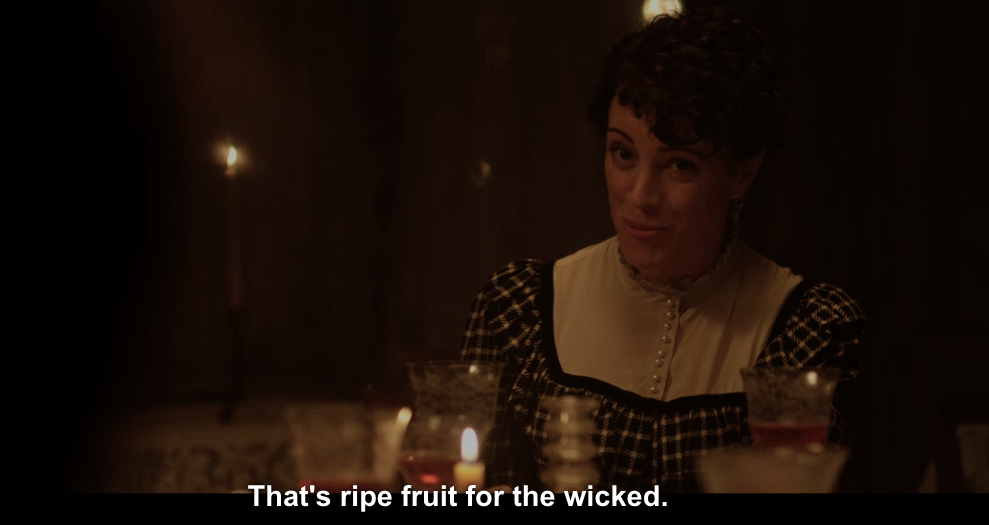 I’M INCLUDING YOU IN THIS, YOU TART LITTLE PERSIMMON.

Are you planning on saddling up for Godless?