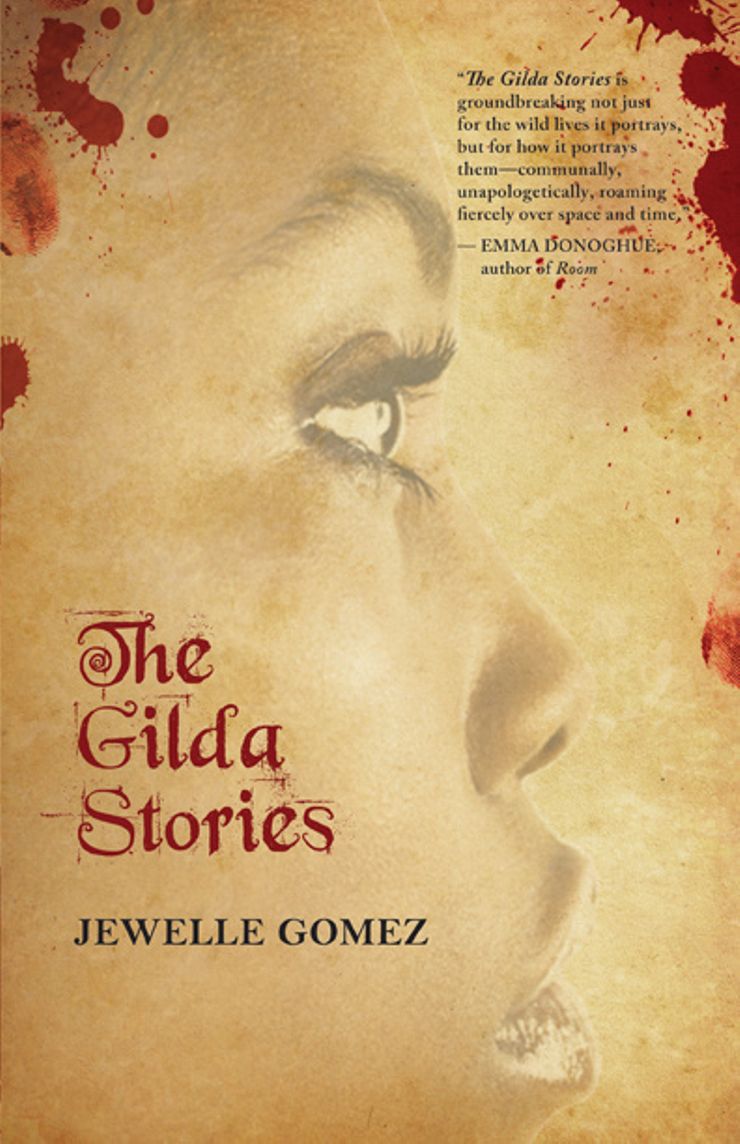 TO WHOM IT MAY CONCERN: It has come to the attention of this committee (the Queer Entertainment and Enlightenment Fellowship) that you have not yet read the classic lesbian vampire novel The Gilda Stories by Jewelle Gomez. We must request that you take immediate action to rectify this situation, and then discuss it with us at great length over an appropriately seasonal beverage, such as spiced cider or (if you partake of alcohol) pumpkin beer. Please file paperwork indicating you have begun this process by Halloween of this year (10/31/17). You can borrow this committee’s copy but you had better not highlight or dog-ear anything.

If you remain noncompliant, this committee will initiate the next step of the process, which will consist of regular text message and phone call reminders that The Gilda Stories is an underrated work of genius that should be taught in every queer literature, African-American literature, and horror literature syllabus on earth. It is an irreplaceable contribution to the canon and the longer you go without reading it, the more you’re missing out on everything that is good and important. This committee would be happy to elaborate on these comments whenever it would be convenient for you, including via tagging you in a 2 am tweet thread.

We assume you are already aware that The Gilda Stories follows an enslaved Black woman in the antebellum South who escapes, kills the bounty hunter who tries to recapture her, and is taken in by a group of vampires who transform her into one of their own. Since that has apparently not been sufficient to convince you that this book is worth your time, allow us to also point out that throughout her subsequent adventures at various places and times in American history, the protagonist – who takes the name Gilda in honor of her first vampire benefactress – not only woos an assortment of women, but remains grounded in her relationship with a Lakota vampire woman named Bird. Their connection, which goes deeper than romance to become a foundation in both women’s lives no matter how far apart they travel, embodies the concepts of queer chosen family and Black and Indigenous solidarity. If that does not appeal to you, this committee frankly is not even sure why we’re friends.

Please be advised that this committee is no longer processing applications for exemption using Form 1C, “Lesbian Classics Are Always Depressing,” or 1E, “I’m Just Not Into The Whole Vampire Trend.” If you submit these forms, we will return them to you to use as bookmarks when you read The Gilda Stories.

Regarding “Lesbian Classics Are Always Depressing,” it has been determined by our Subcommittee on Gay Culture We Can Leave In The Past that The Gilda Stories relies on precisely none of the downer-ending tropes that earlier generations of queer authors had to use to get their narratives past censors. No one in The Gilda Stories is punished for being a lesbian by going crazy, losing her child, or dying, and no one overcomes her lesbianism to end up with a dude.

Gomez also neatly subverts the 150-year-old cliché that vampires are lesbians because they seduce unsuspecting young women, drain their energy, and destroy their lives. While this committee acknowledges that the various subcultural spaces Gilda occupies as a vampire are an obvious euphemism for the marginalization experienced by queer people in general and Black lesbians in particular, Gomez doesn’t portray either vampirism or queerness as lurid, depraved, or predatory. Her vampires are more like symbiotes, paying for the blood they drink by leaving inspiration in the minds of those they feed on. The committee totally understands your reservations, but swears this is not going to be a Carmilla thing. (We’re talking about the novel, not the web series, which this committee hasn’t gotten around to watching yet.) (Editor’s note: please heap scorn upon Ms. Miller for this oversight in the comment section.)

As pertains to being bored of vampires in pop culture, this committee gets it, but must remind you that vampire folklore predates Twilight or even Buffy by quite a few centuries, and that it would be shortsighted to dismiss the entire body of literature inspired by said folklore as a trend. The Gilda Stories is in fact rooted in a refreshingly classic version of the vampire mythos, down to Gilda sewing the soil of her birthplace into her clothing for protection. The significance of “native soil” in vampire stories from Dracula onward is especially interesting in light of Gilda’s and Bird’s situations as, respectively, a kidnapped and enslaved woman on foreign land, and an indigenous woman whose home is invaded and occupied. The committee assures you that this is not an attempt to cash in on the “paranormal romance” craze. The only thing that sparkles in The Gilda Stories is the prose.

You will note that our user portal no longer links to form 7L, “Application for Extension: I Just Don’t Have Time To Read Right Now.” This committee follows you on Twitter and saw your #GoTBingeWatch thread. Make the time.

This committee looks forward to seeing you in 30 days on the group text where we fume about why there isn’t a The Gilda Stories TV show yet and fantasize about who we’d cast.

Lindsay King-Miller is a queer femme who does not have an indoor voice.  Her writing has appeared in Bitch Magazine, Cosmopolitan.com, Vice.com, Buzzfeed, The Hairpin, and numerous other publications.  She lives in Denver with her partner, their daughter, and two very spoiled cats. She is the author of Ask A Queer Chick(Plume, 2016). Follow her on Twitter at @askaqueerchick.