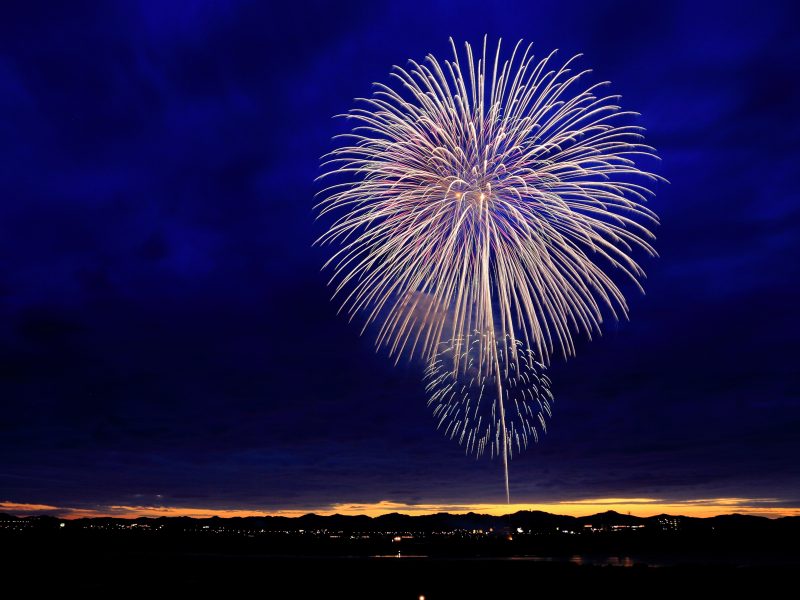 The Fourth of July is my favorite holiday. This is a position I’ve gotten used to defending over the years, and every time I voice it, I can feel my friends searching my face for traces of irony (having one’s sincerity always suspected of sarcasm is one of the great trials of being a writer). But no, I really mean it. I love the Fourth of July.

I love it because it’s the holiday everyone has the greatest chance of getting right. I love Christmas very much as well, but Christmas is not a day, it’s an entire season, and it’s full of pressure: to buy the right gifts, to mend relationships with troublesome family members, to somehow find the spirit under the cloak of steadily darkening skies. No such pressure exists for July the Fourth. It doesn’t matter if you spend it with friends or family. You don’t need to buy a gift or sew a costume or make a complicated recipe. There are only three necessary ingredients to make this holiday a success: beers, grillable meats, and brightly-colored explosions. I love all those things! So yes, I really mean it. It’s my favorite day (other than my birthday, which has not acquired universal observance as of this writing).

The people who doubt my fealty to the Fourth of July seem to question how genuinely I can appreciate its simple pleasures, but more importantly, how I, a generally left-wing queer, can reconcile my enjoyment of America’s birthday with my intense criticism of America itself. But I’ve never found those two things to be contradictory. In between my gulps of beer and bites of hot dog, I spend the fourth of July giving a great deal of thought to what it means to be an American. Much as a birthday is a time for personal stock-taking, Independence Day allows us to consider just what we are, what we’ve been, and what we are becoming.

So obviously it’s a weird one this year. I mean, it’s always weird, because I’m not patriotic. I don’t really know what patriotism means; I have never been able to locate it within myself as an emotion or separate it from “nationalism” as a concept. I can acknowledge that I am unjustifiably lucky to have been born here, as opposed to many places in the world, where I would be less free to be gay, to be an educated woman, to be alive at all. I am not ungrateful, even though acknowledging the human suffering that bought these liberties makes me even more nauseous than contemplating what exactly went into my hot dog. I am frankly horrified by any group of people chanting “USA” or offering allegiance to a flag, because it is becoming increasingly clear that behind the chant and the fabric anything (or nothing) could be hiding.

I am questioning capitalism these days, and history, and the existence of nation-states in the first place. And then I question my questions. But just like every other year, there’s nothing else to do but bring that doubt and uncertainty and gratitude to a barbecue and let them cook.

There’s one scene that plays out every year on the Fourth of July. I am convinced it happens everywhere, to everyone. Someone invariably blasts Bruce Springsteen’s “Born in The USA” as part of their holiday-appropriate playlist, and someone else always chimes in that WE ARE ALL MISUNDERSTANDING THIS SONG. It’s not some fist-pumping rocker, but a searing indictment of the Vietnam War and the hollowness of the American Dream. As if it cannot be both. As if Bruce Springsteen didn’t know he was building his soldier’s lament around an irresistible chorus. As if that were not the point. Of the song, of the day, of the country.

I don’t know how many more of these we have left. I hope you enjoy this one, in as many contradictory ways as you can.