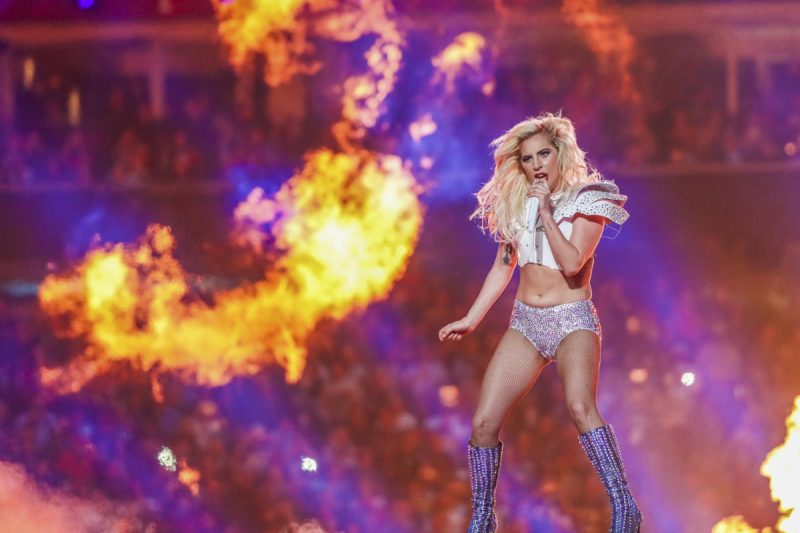 Tensions were high at last night’s Super Bowl. Twitter wars broke out over beer commercials. All-American boy Tom Brady couldn’t smile his way out of questions about his politics and his integrity But one on point, viewers on all sides of the political debate seemed to agree: Lady Gaga played it safe.

There’s something quite heartening in the people who took to their newspaper columns and their social media feeds to proclaim that Lady Gaga’s Super Bowl halftime performance was “not political.” I mean, they’re completely wrong, but if you unpack that wrongness, you find a comforting truth buried a few layers down.

First of all, every piece of art, entertainment, and advertising you have ever seen is political, even and especially during the Super Bowl. The “sexy Mr. Clean” ad is political in the way it addresses (and either subverts or upholds, depending on your perspective) gender roles in our culture. You better believe that exuberant “Petroleum Products Are Your Friends” ad has political undertones. The 24 reboot that aired immediately after Tom Brady was put back into cold storage is not merely a mindless action show, but a deeply political piece of pop culture with some very specific views on Islam and the role of the American military. Even that weird Busch commercial is political in the way that it says “look! Here is a white man not talking about politics! Isn’t that a relief?” It’s all political. We just don’t think about it because it’s the air we breathe, and we’re not really taught how to be critical media consumers.

But during periods of intense national stress, even things we don’t usually give “political” weight to take on new significance. (It’s why a team called The Patriots winning the Super Bowl right after September 11 bought them fifteen years of national goodwill, which is only just now expiring.) But think about the ads that caused a ripple of political tension last night. Think about all those carousels of diverse faces, peaceably enjoying a refreshing Coca-Cola product. That’s not really any different from Coke ads of yesteryear (think “buy the world a Coke”) but it registered as political last night because diversity itself has suddenly become a pinata stuffed with partisan politics. The ad that is getting the most attention, even sparking a boycott, is a Budweiser ad that in any other year would have just been seen as a highly dramatized paean to the company’s founder. It’s only the fact that “a tough immigrant coming to a new country and facing hardships” is now a controversial narrative that anyone really noticed it at all! Which brings us back to Gaga.

Lady Gaga, a theater kid who cut her teeth playing gay cabarets in New York City in hand-sewn costumes, rose, quite literally, above the defining moment of mainstream America. She began her performance with a few bars of “This Land Is Your Land,” and then leaped down into her sea of flamboyant backup dancers, and shook it–in an outfit made of broken mirrors–to “Born This Way.” She gave us Woody Guthrie’s socialist protest song (which, as Bruce Springsteen has pointed out, is “an angry song”), followed by a campy anthem of gay liberation. And for a lot of people, both liberals and conservatives, that moment did not register as “political!”

On a night when the suggestion that Jewish people drink Coke seemed fraught with meaning, a song that singles out gay, bi, and trans identities struck people as being anodyne and harmless. And that fact, wrong though it is, comes as a massive relief to this gay writer. Because if there’s one thing stopping that rumored Trump executive order from curtailing the rights of queer Americans, it’s the perception that being out and proud is no longer political at all. It’s just normal. May it stay that way for as long as there is a Super Bowl.