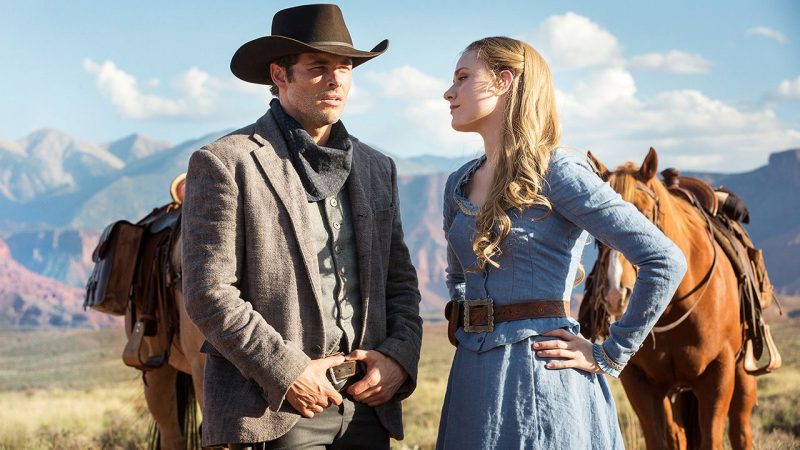 To my dear patrons and readers,

I can’t describe the pleasure I feel at returning to recapping. Setting my life to a television schedule imposes a welcome order on my days–it keeps me from becoming unmoored from time like a child on summer vacation. So when I hit the Patreon goal that allowed me to resume my duties, I clapped my hands together–and then suddenly realized I had nothing to write about.

My love affair with television is at curious ebb at the moment, a victim (like so much else) of Donald Trump. The hours I once devoted to catching up on shows, I now feel compelled to spend obsessively comparing polls, checking news feeds, and reading elaborate opinion pieces promising (but never quite succeeding) to explain what is happening. I can’t stop, even though I know keeping abreast of the news is like clinging to the safety bar on a roller coaster. It gives me only the barest illusion of control, but in America, we are learning, our illusions are precious things.

White knuckle political terror aside, I’d like to be the first to declare that we have passed the point of “peak TV.” Awash in genius (and genius’ many skilled imitators), even the most devoted viewers have drifted off into tiny cliques, clustered around shows on Amazon, Tello, Hulu, Netflix, and A&E. The wonderful thing about that phenomenon is the opportunities it gives to new, more diverse narratives, creators, and stars. The problem is that it robs us of a national story–the last standard-bearers being Game of Thrones (which is ending), and The Walking Dead (which has devolved into a grim and joyless guessing game over who gets hit with the barbed wire bat).

Our last hope is Westworld. Its scale is grand, its premise intricate, its cast stellar, and its pedigree beyond reproach. Jonathan Nolan is brother to “”working man’s thinking man” Christopher Nolan, Lisa Joy is his better half, and J.J. Abrams is our de facto minister of culture. (Their collaboration already gave us Person of Interest, the latter seasons of which are unsurpassed in their tackling of both the surveillance state and the future of artificial intelligence.)

You followed me here to Patreon because you trust me, and so I am telling you: we’re watching Westworld now.

What follows is a primer on the first three episodes; regular recaps will begin starting next Monday.

Okay so first of all, yes. This is a show about cowboy robots. It’s a little bit silly. But god bless silliness! It is the crucial leavening that so many shows forget to include in their recipes. Westworld itself is a (sometimes excessively) elaborate theme park where the ultrarich go to live out their fantasies of being a brave gunslinger, a desperate outlaw, or merely an avid patron of the saloon and bordello. Of course “the wild west” is a very dated fantasy; “cowboys and Indians” lost its charm once America began to confront the ugly truth of its genocide, and every attempt to resuscitate the cinematic genre in recent decades has failed. But that’s the point: it’s ripe for deconstruction, and the way Westworld’s guests interact with their environment is as much a reckoning with our dark history as it is with the future of artificial intelligence.

Westworld’s characters can be divided up into three groups: guests, hosts, and the park’s staff.

In terms of guests we have William (Jimmi Simpson) as the only person who feels at all squeamish about fucking and murdering robots. (Jimmi, I know that soon people will call you “the guy from Westworld” but to me, you’ll always be “the guy from D.E.B.S.”) On the opposite end of the spectrum, there’s the mysterious Man In Black, played by Ed Harris, channeling a lifetime’s worth of rage at losing roles to William Hurt. The Man In Black has been coming to the park for thirty years, and while he still hasn’t lost his taste for rape and bloodshed, he’s currently on a mission to find a mysterious maze, which he believes will unlock the park’s secrets. (There’s a theory going around that William and The Man in Black are the same character, separated by decades. There’s some appeal to this notion, but I’m starting to hope it’s not true, since multiple timelines is one of the few roads I won’t follow J.J. Abrams down.)

Running the park we have melancholy genius Dr. Robert Ford, played by Anthony Hopkins, whose facility at being both sinister and tender at the same time is used to great effect here. Ford’s programming protege is Bernard Lowe (Jeffrey Wright, simply perfect), who has a tragic backstory and has become increasingly preoccupied with the budding consciousness of his creators. (There’s another theory that Bernard is in fact a robotic clone of the park’s mysterious co-founder, Arnold, and this one might actually be true.) Bernard’s second-in-command is a cute, sarcastic lady programmer who, in episode one, planted a kiss on a female robot (just to try it). The nerds are constantly vying for power and control over the park with the head of security (played by Another Goddamn Hemsworth), and the mysterious French representative of The Board (whose aims are shadowy, but go way beyond this elaborate playground).

Finally, there are the hosts themselves, who are the heart (isn’t it ironic? Doncha think?) of the show. They are your typical Western stock characters. Thandie Newton is Maeve, the world-weary prostitute who’s seen it all (without even knowing just how true that is). James Marsden is Teddy, the cowboy with the heart of gold (a role finally worthy of his comically perfect visage). And Evan Rachel Wood is Dolores, the guileless farmer’s daughter. The power of her performance cannot be overstated, but it holds the entire show together. Because Dolores, the park’s longest-running character, is beginning to question her reality. Her days all start with the same hope and end with the same tragedy, and as her awareness of her story develops, so does her desire to change it.

The details of Dolores’ tragedy (rape and murder at the hands of the park’s sadistic guests) have been a source of controversy for Westworld, with feminist critics and viewers quick to give it the same cold shoulder as Game of Thrones. That’s understandable, especially given the way our daily news has come to mirror Dolores’ nightly horrors. If exhaustion with this story is what keeps you away, you get a free pass for skipping this show. But, at least for the time being, I find the sexual violence on this show disturbing but not disqualifying, because of its direct indictment of rape culture. The guests in Westworld rape and kill with impunity because (like the settlers of the real American West) they do not conceive of their victims as being truly human. Westworld provides a fertile and powerful opportunity to see the objectified fight back.

Finally, for my AfterEllen refugees, Westworld is queer. It has to be, because you can’t make prestige television with only straight characters in 2016. There’s the curious programmer, two nondiscriminating prostitutes, and a rifle-toting female guest. I would not lead you into a land with no water.

Westworld is far from perfect. But television isn’t meant to be perfect. It’s too long. What it is is a zeitgeist-grabber, that gives a big, messy handful of things to work with. The past, the future, feminism, masculinity, violence, and Evan Rachel Wood. You have four days to catch up. See you out there.

(And tell me in the comments if you want to live tweet.)